HOME > Travel Magazine > Niigata Prefecture > Actually Sado Island has one third of Noh stages in Japan. Since Noh play is a part of islander’s life, if you have never tried Noh, it’s better to do it in Sado Island…You can easily enjoy Noh without special knowledge!

Actually Sado Island has one third of Noh stages in Japan. Since Noh play is a part of islander’s life, if you have never tried Noh, it’s better to do it in Sado Island…You can easily enjoy Noh without special knowledge!

Japanese unique entertainment “Noh play” which is also registered as a World Heritage is very popular in Sado Island of Niigata Prefecture. Noh play of Sado has been penetrated the islanders’ lives as an entertainment to be performed at village festival and celebrations, so there used to be more than 200 of Noh stages in Sado Island from Edo era to Meiji era. Even now there are still more than 30 of Noh stages remains. This number is equivalent to one third of Noh stage existing in Japan. Among the existing Noh stage of Sado Island, there are 8 important tangible folk cultural properties designated by Niigata Prefecture and 5 cultural properties designated by Sado City. From spring to autumn, Noh performance will be held on stages of Sado Island. Many of them are “Takigi Noh (Firelight Noh, Noh performance at night with fire)” which performed with bonfire around Noh stage. A lot of Noh fans will visit Sado Island in June when is the season of Takigi Noh. 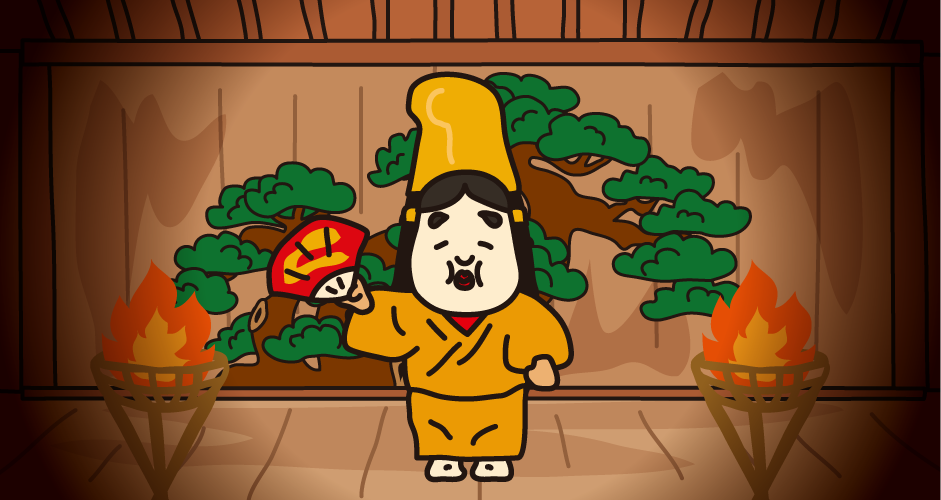 In 1434, Muromachi Shogunate exiled Zeami who perfected Noh play to Sado Island. The story about Zeami’s banishment is written in “Kintousho (Story of golden island)” by himself, but the existence of this “Kintousho” became known about 500 years after his banishment and it was around the end of Meiji period (1908). Also, there is no legends left related to Zeami even before Meiji, so it seems there’s little relation between Zeami and Noh play of Sado. 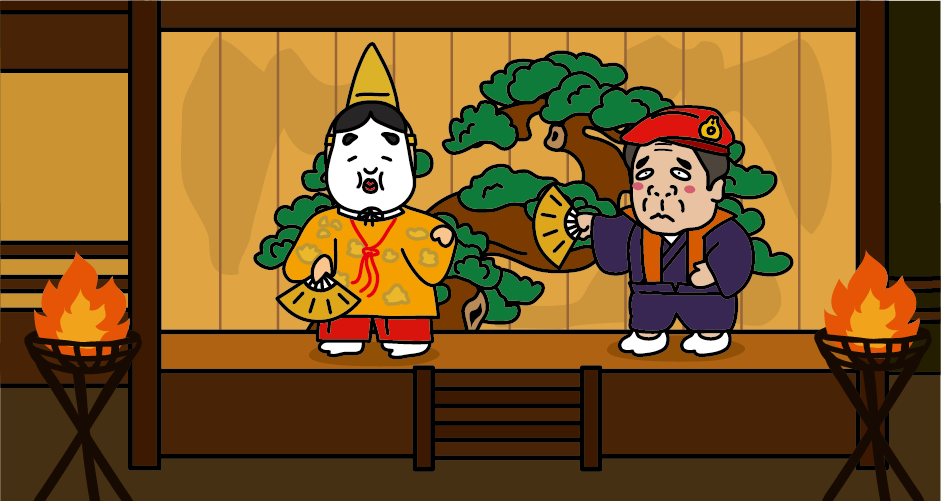 In the beginning of Edo era, Sado Gold Mine was discovered and Sado Island became a direct jurisdiction known as imperial lands of Edo Shogunate. Nagayasu Okubo who was sent as a first magistrate of Sado Gold Mine was a son of the Noh player who served Shingen Takeda, and he himself also played Noh, so he brought Noh players to Sado Island with him. Nayagasu Okubo dedicated Noh to the shrines in Sado Island, but since he widely opened Noh to islanders, each village started to have their own Noh stage and people started to perform Noh while doing their business and farming. At the village festival, people eat lunch on the rush matt in shrine and drink Sake and appreciated Noh. It was the way of enjoying Noh in Sado Island. 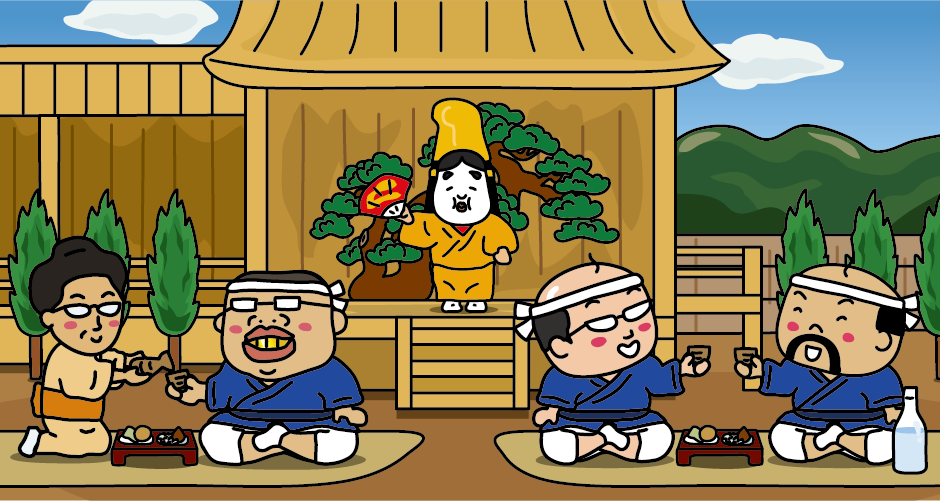 The Noh Play of Sado Island flourished the best from the end of Edo era to Taisho era. In Showa era, when new entertainments such as movies and TV shows became popular in Sado Island, Noh play gradually declined. However, because of such background, even now you can see Sado’s Noh for free or 500 yen approximately. If you want to see it at National Noh Theater in Tokyo, it usually costs more than few thousand yen. But if it’s in Sado where Noh takes root as an entertainment for people, it’s easy to try, so even people who never tried Noh can enjoy it easily. 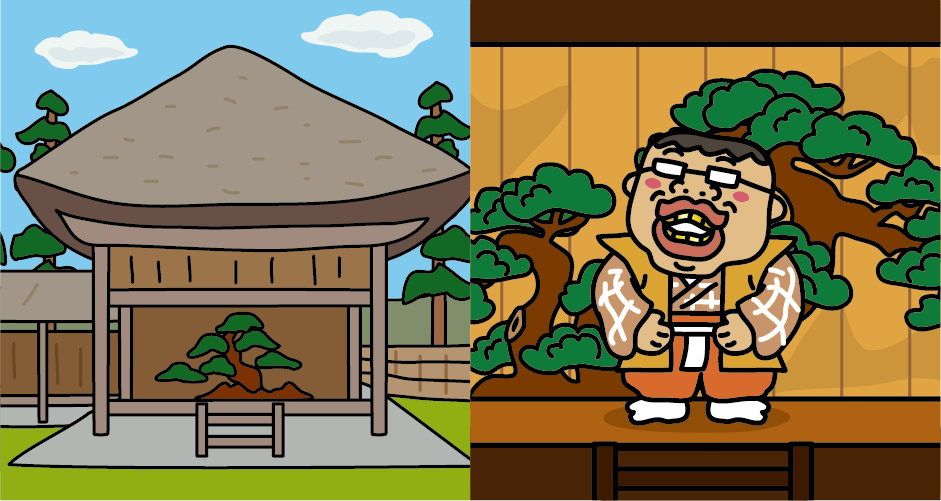 Most of the Noh stages of Sado Island are located in the precincts of the shrine. The oldest Noh stage in existence is in Daizen Shrine and it has beautiful thatched roof. It is reconstructed in 1846 and it is an important tangible folk cultural properties designated by Niigata Prefecture. On April 18th, Noh will be dedicated to the god and in June Noh and Kyogen (Noh farce, a farce performed between Noh plays) will be played as Takigi Noh. Kyogen is a comedy that is performed between program of Noh and its performers do not wear Noh masks. Noh and Kyogen always come together and they are called as “Noh play”. Sagi Style Kyogen is one of the three major Japanese Kyogen (Ookura style, Izumi style and Sagi style), but Sagi style presently left at very limited place such as Sado Island of Niigata Prefecture, Yamaguchi City of Yamaguchi Prefecture etc. The head family of Sagi style was discontinued in Meiji era. The last head of Sagi style stayed at Sado island and tried to teach Kyogen directly in his last few years. This is an intangible cultural property designated by Niigata Prefecture.