HOME > Travel Magazine > Niigata Prefecture > The look of “Shukunegi” village in Sado Island which a famous actress, Sayuri Yoshinaga was also taken back in the time. With a taste of slipping through time, I took walks on this amazing village.

At Shukunegi located in the southern tip of Sado Island, Niigata prefecture, is a small village developed as a port of Kitamae-Bune from the middle of Edo era to Meiji era. At that time, ship-owners, shipwrights and other people who engaged in shipping and shipbuilding industries were lived there.

Even today, this village remarkably retains the atmosphere and the buildings of those years. Building using vertical wooden plates are created by materials of the bulk and it is bringing unique atmosphere in the village. This is because the wood used for ships are durable and it was strong enough to protect the house from the rain, wind and salt damage. Also, in order to make the most of the limited land, the second floor of the building has same area as the ground floor in Shukunegi and there are more than 100 buildings in the entire village. In 1991, it was designated as “Important Preservation Districts for Groups of Traditional Buildings” in Japan and it was only one in Niigata prefecture. Today, “House of Seikuro” which was a house of ship-owner, “Kaneko Family’s House” where shipwrights lived and “Triangle House” built in triangle shape according to the narrow shape of land are open to the public. 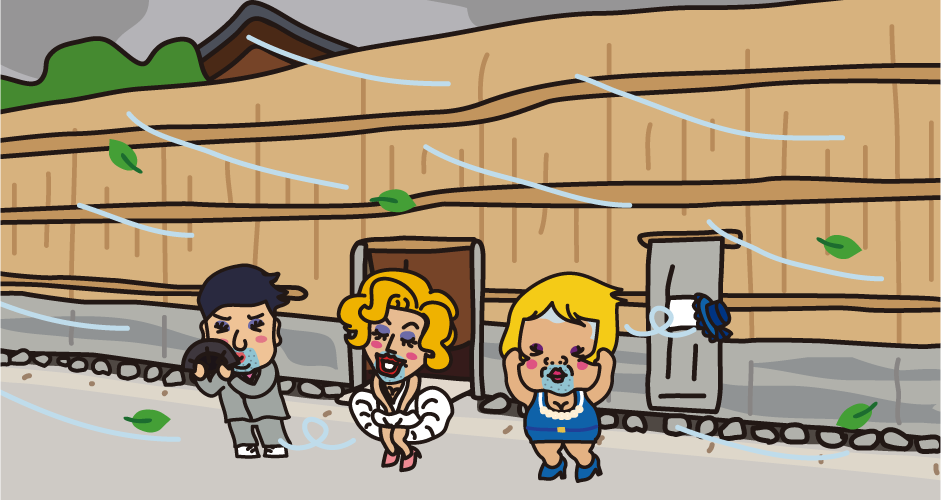 At the entrance to the village from the sea side, a tall bamboo fences for wind protection is built and they protect the village from the sea breeze from the Sea of Japan. Such bamboo fences are often observed on the Sea of Japan coast, but there is a small hole which is just enough for one person to pass through. When you see the view of village behind the entrance let you have an illusion of slipping through time. 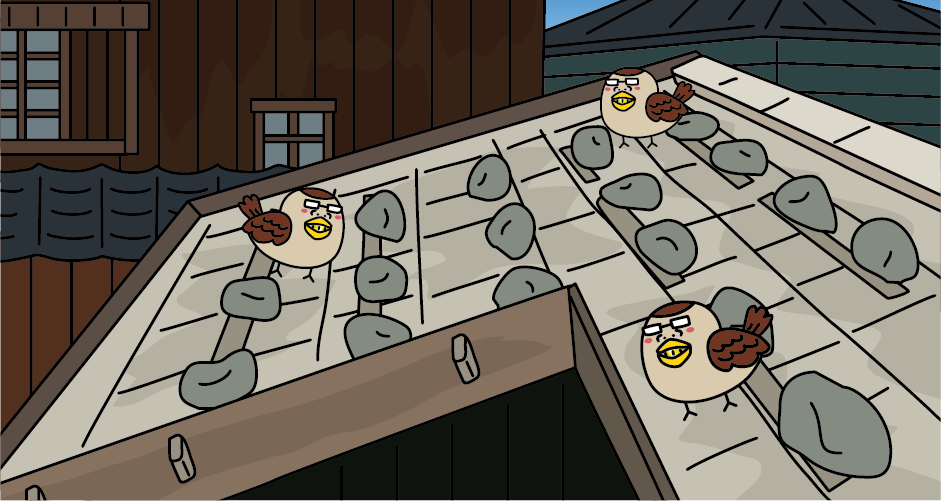 When you look over the village from the hill, you can see many roofs with stones on top of piled shin sliced boards. This is called “Ishioki Kobabuki Roof”, which is unique roofing technology that mainly be seen at Shukunegi and Watanabe family’s house of Sekikawa in Niigata prefecture.

Originally “Ishioki Kobabuki Roof” was major traditional roofing technology in Japan until the roof of roof tile become popular. The stone is placed on the roof in order not to fly boards by the wind. This is unique style of roof on the Sea of Japan coast. 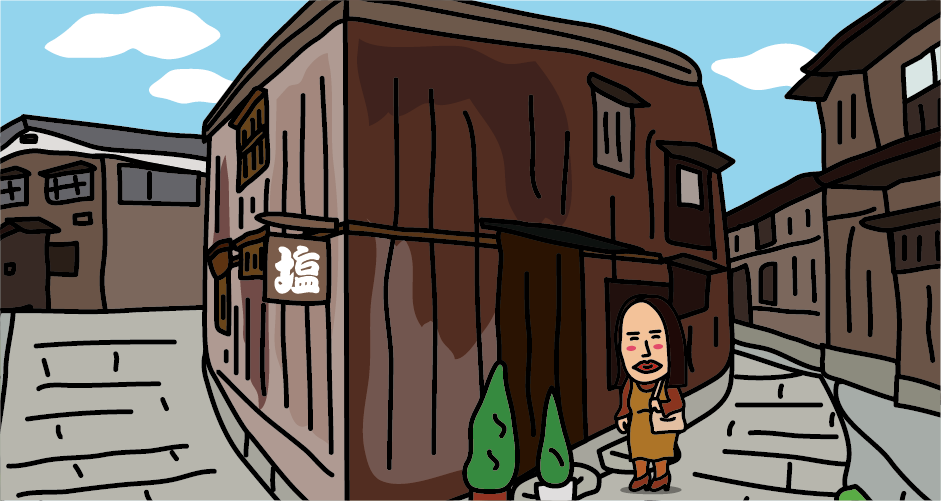 “Triangle House” is a symbol of Shukunegi. It became famous by television advertising of JR East which actress Sayuri Yoshinaga appeared. Triangle house is a house built according to the shape of the land, and the knowledge and technology of shipwrights are used to build this house. It was used as a residence until 2006, but in 2012, it opened to the public. 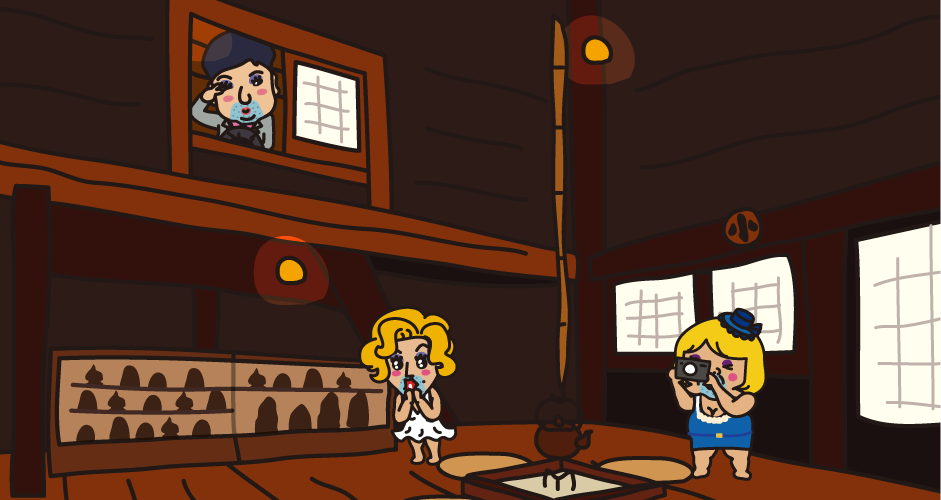 “House of Seikuro” is a mansion of a ship owner who made fortune by Kitamae-Bune from the late Edo period to the Meiji Period. Its outside was constructed with vertical wooden plates and it gives simple impression to the house, but indoor uses many precious woods such as zelkova and Japanese cypress, paints floor boards with persimmon tannin, and it is gorgeously built that lacquer is painted to pillars, girders, ceilings, and wooden fittings. The highlight of this house is the living room with the open ceiling called “Omae” on first floor, and the Shoin-zukuri style alcove on second floor that was said luxury for commons at that time. 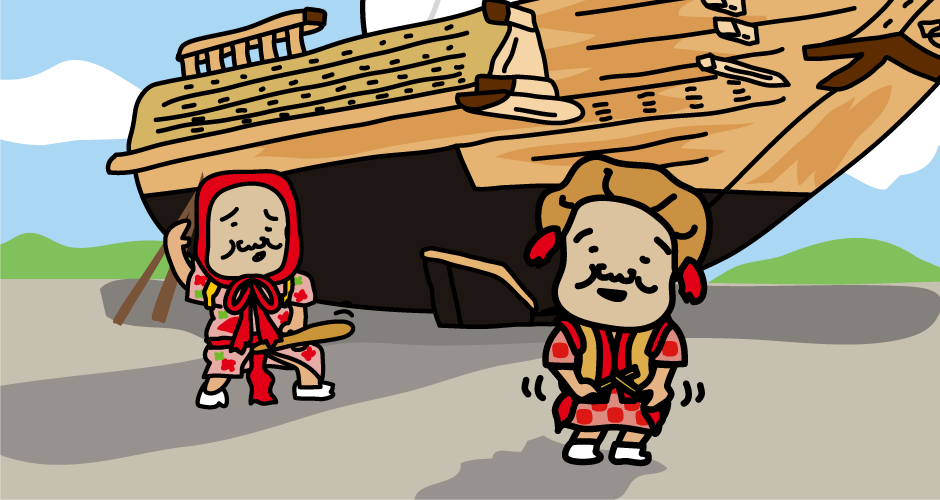