HOME > Travel Magazine > Niigata Prefecture > Feel the taste of port town Niigata, and its history and culture meet at the riverbank of Shinano River. A small journey around Niigata Port filled with an air of exoticism.

Niigata Port was designated as one of the five ports (five ports including Niigata, Hakodate, Yokohama, Kobe and Nagasaki) to open by Ansei Treaties and opened in 1868. In 2019, Niigata port celebrated its 150th anniversary since opening door to abroad.

Currently Niigata Port is comprised by two ports, Niigata West Port and Niigata East Port. Originally Niigata Port was opened by utilizing the estuary of Shinano River, but this port in Shinano River is called Niigata West Port and treats both passengers and cargos. Also, the area around Niigata West Port is a port town from old time, and in Edo era, it was flourished as the largest port of call of Kitamae-Bune in the Japan Sea coast. There are also many sightseeing spots. On the other hand, Niigata East Port is built exclusively for cargo ships in 1969 by digging the coast. It mainly treats container cargos from foreign countries. 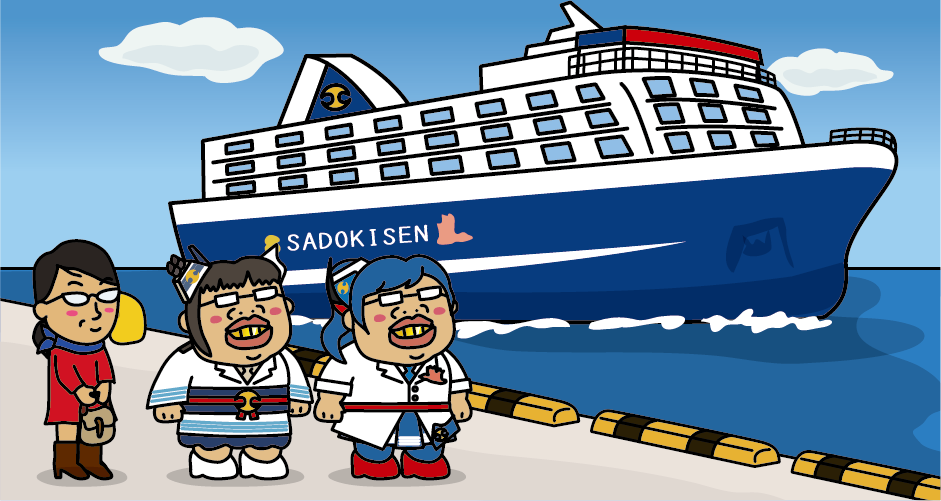 In Niigata West Port, three are three ferry terminals, the Sado route connecting the mainland of Niigata Prefecture and Sado Island, the route connecting Kansai, Niigata and Hokkaido, and the international freight. 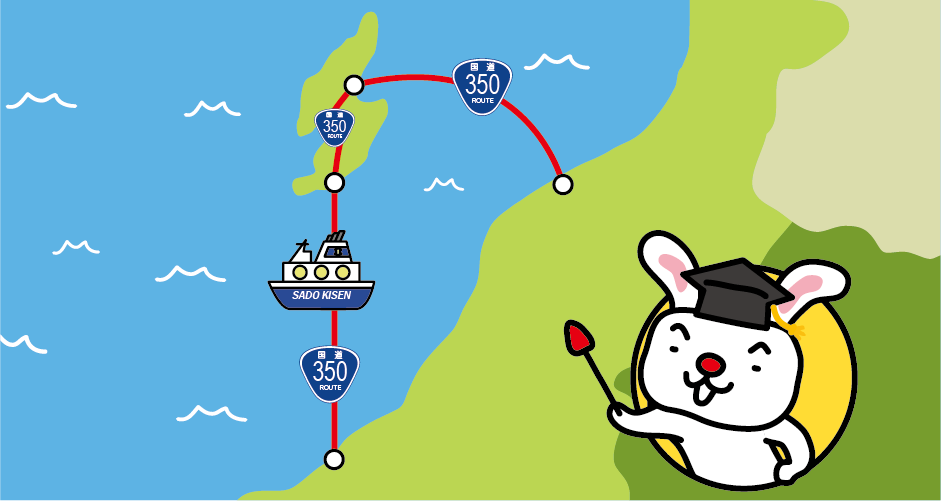 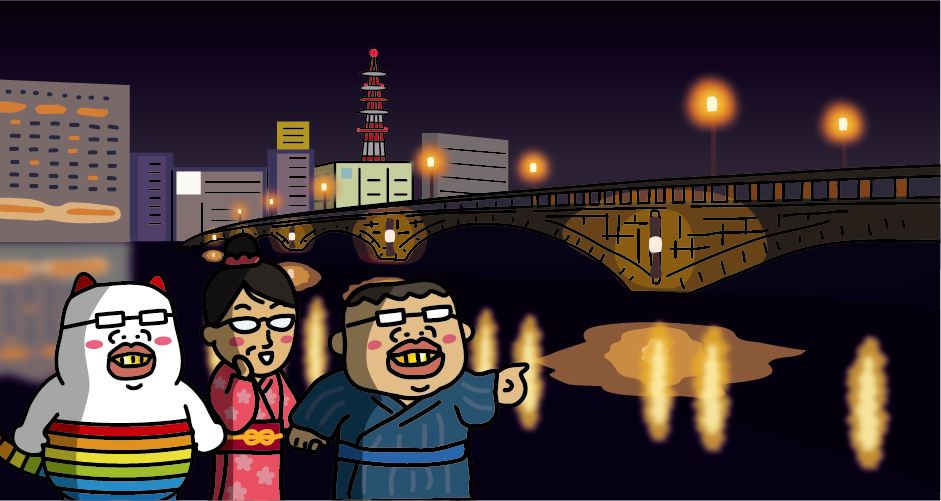 Bandai Bridge is a beautiful bridge with granite and six arches and it cross over Shinano River, National Route7. It is the first bridge built on Shinano River in Niigata City, and the first bridge was completed in 1886. The current bridge is the third incarnation and completed in 1929. Its high architectural technique and design were praised and it was designated as a national important cultural property in 2004. This is the second bridge over the national highway designated as a national important cultural property after Nihonbashi in Tokyo. In the nighttime, usually there is the light in warm color from the bridge side but you can enjoy various kind of light ups depending on the event. 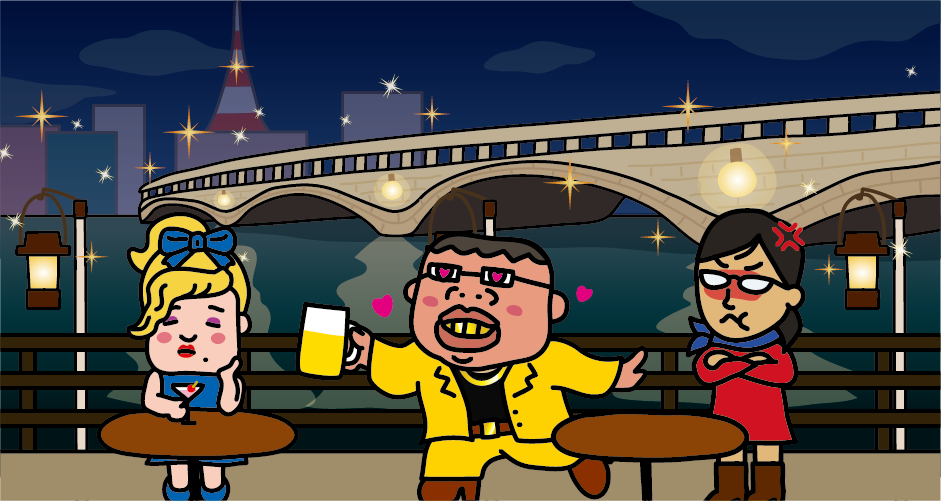 On the banks of Shinano River, “Bandai Bridge sunset cafe” opens every year for only limited time. 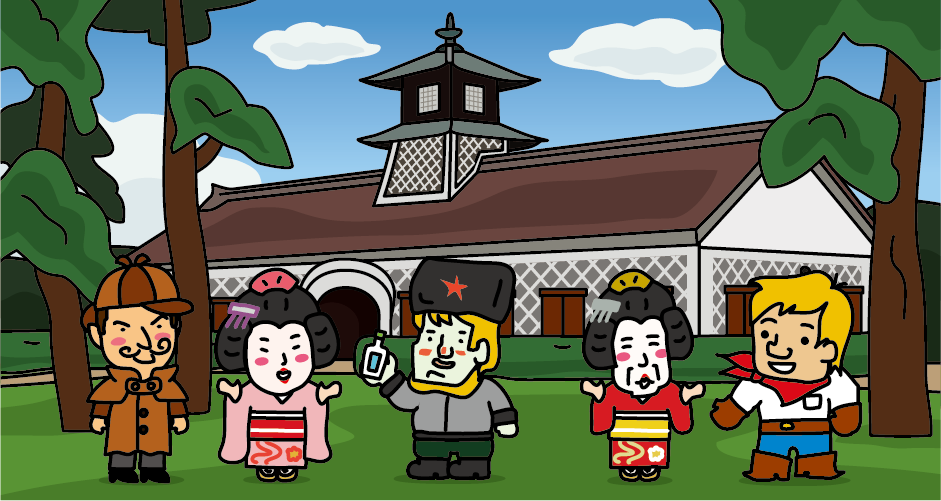 Former Niigata Custom House was built in 1869 to be in custom duties as Niigata Port opened, and it was used until 1966. The office building of Former Niigata Custom House was built by Japanese carpenters in the early Meiji era and called “Giyofu architecture”, means “mimicked Western-style architecture” in English. Its feature is outwardly resembled Western-style architecture but built with traditional Japanese building techniques. It incorporated Western style design such as a roof made of red clay tiles, Namako wall (wall design remind people of sea cucumber), arch shaped entrance, penthouse etc. This is only custom office building exists since 5 ports opened, and its building is designated as a national important cultural property and the building site is designated as a historic landmark. 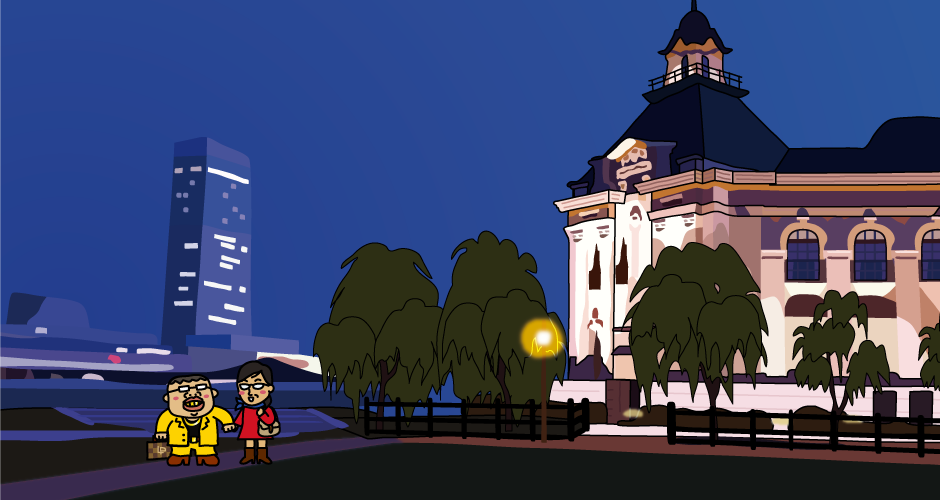 Niigata City History Museum exhibits the history and folklore of Niigata City with the theme of “History of regional water and people”. The appearance of the museum is based on the second Western style of Niigata City Hall government building, and it is popularly known as “MINATOPIA” from the location facing to Shinano River and Niigata West Port. Minato in Japanese means a port. Centered on Former Niigata Custom House exiting as it was since opening of pots, developed town space integrally with Former Daishi Bank Sumiyoshi-cho Branch which moved and restored, restored Hayakawa canal and the row of willow trees, etc. It reproduced the landscape of port town Niigata filled with an air of atmosphere from Meiji to Showa era. In addition, you can see the ferries heading to Sado and Hokkaido up close and it is a sightseeing spot together with “Toki Messe” on the opposite shore. It lights up until 22 o’clock every night. 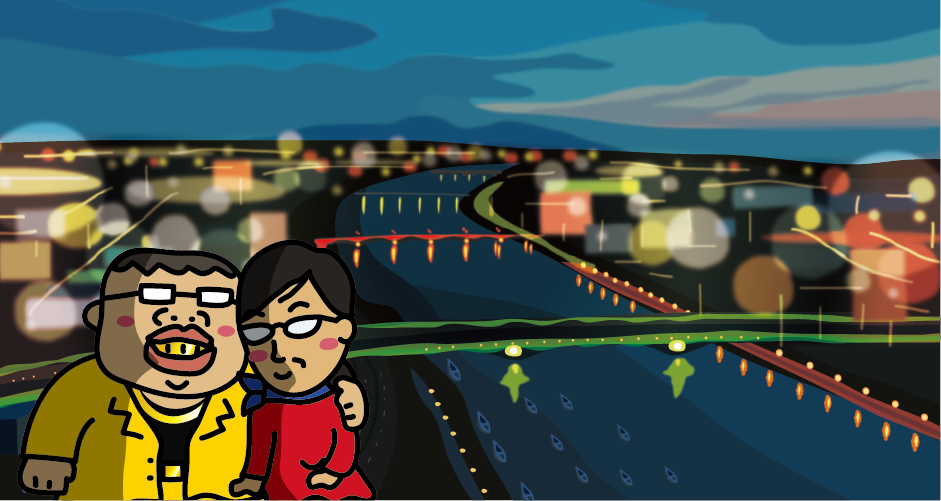 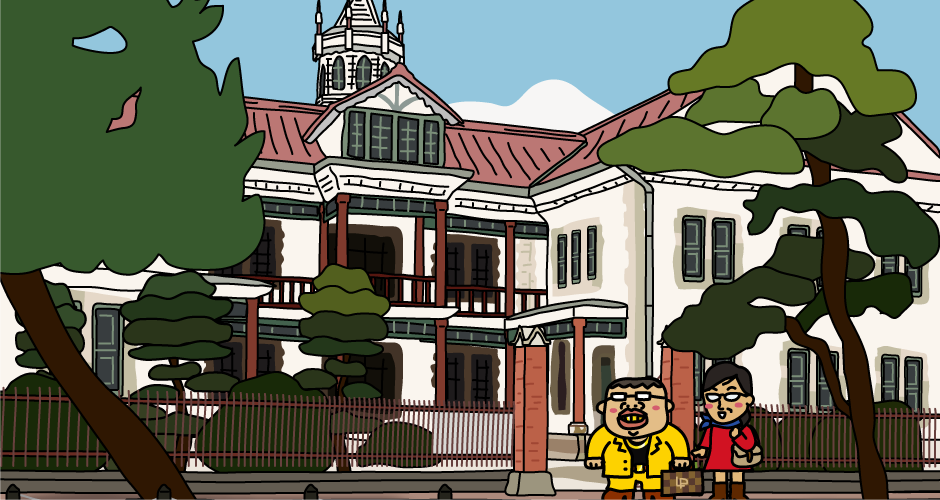 There is a former Niigata prefectural assembly hall in the left bank of Shinano River next to Hakusan park. This is the only existing building as an assembly hall in the early Meiji era and it is designated as a national important cultural property. Like Former Niigata Custom House, it built by “Giyofu architecture” and it has fashionable atmosphere of peculiar to the period of civilization and enlightenment. It was completed in 1883 and used until 1930. You can visit inside of the building for free. Its highlight is a meeting room with balcony. You can actually go in there and enjoy the atmosphere of Meiji era. Also, Hakusan Park is one of the first urban parks opened in Japan during Meiji era, and is designated as the scenic spot of the country. 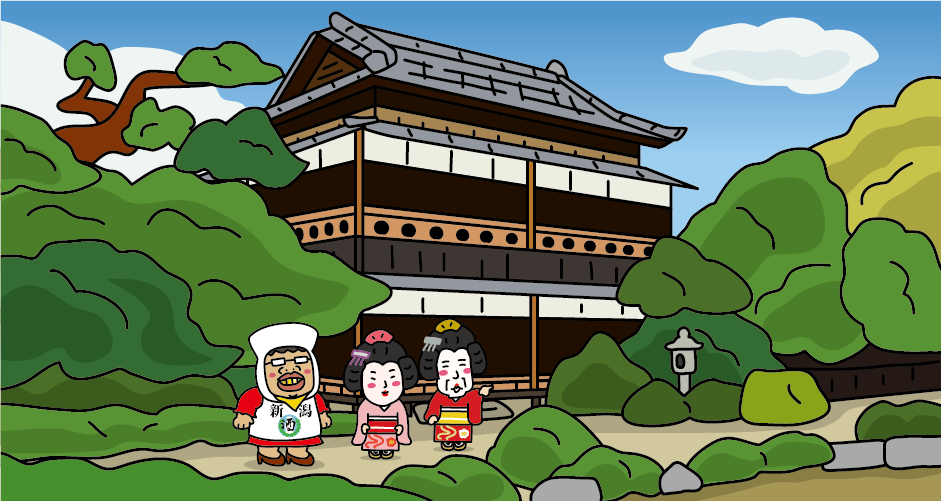 This is a former villa of Saito family of three major financial group of Niigata. It was built in Taisho era as a guest use for Saito family. Originally, family business of Saito family was wholesaler of sake, but in Meiji era, they started management of Kitamae-Bune and made a fortune. It gorgeous garden is designed to enjoy panoramic view from the inside, and you can enjoy looking around by walking inside the garden. The garden is designated as the scenic spot of the country. Also, at a former villa of Saito family, events that you can experience Ozashiki-Asobi (playing games with Geisha) of “Furumachi Geigi (Geisha)” regularly. 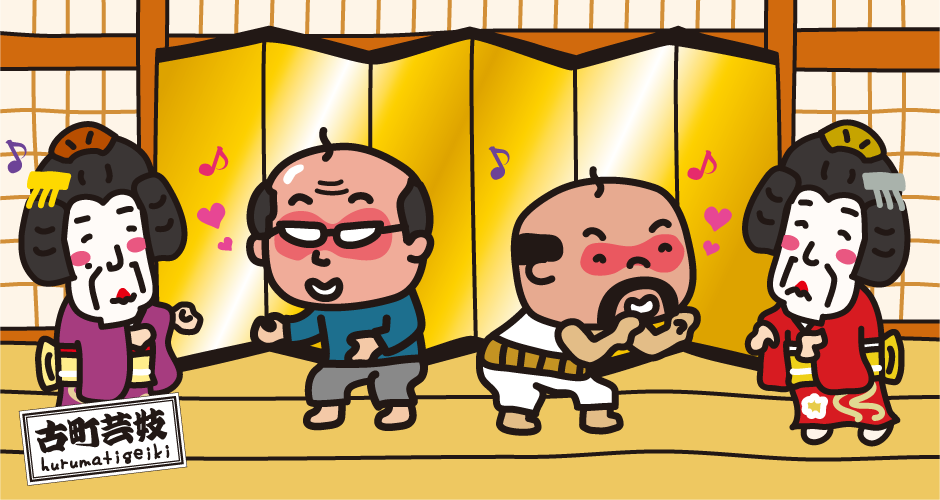