HOME > Travel Magazine > Fukushima Prefecture > “Oh! The castle is on fire!” Why did the Byakkotai, White Tiger Unit, misunderstand that Tsuruga Castle was burning?

“Oh! The castle is on fire!” Why did the Byakkotai, White Tiger Unit, misunderstand that Tsuruga Castle was burning?

“Tsuruga Castle” in Aizuwakamatsu City, Fukushima Prefecture, is a unique castle with Castle tower of a red roofing tile. Its official name is “Wakamatsu Castle”, but people of Aizu call it “Tsuruga Castle”. 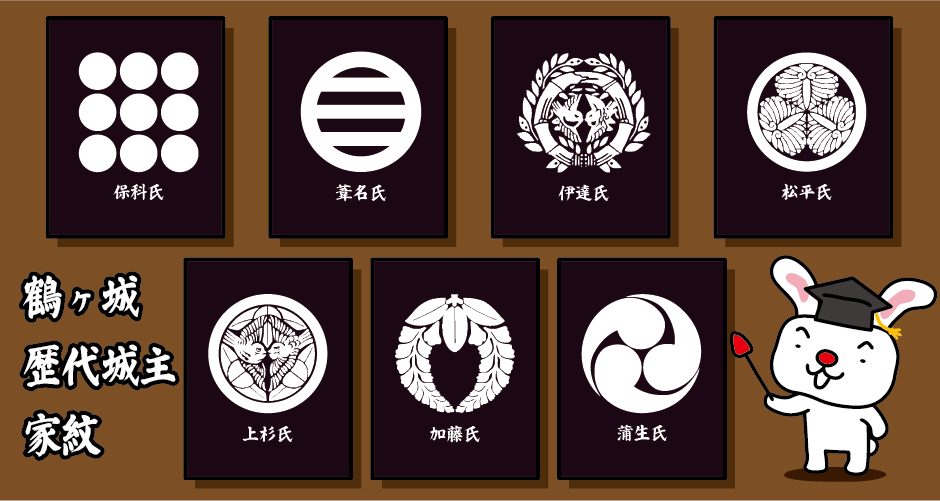 Tsuruga Castle was first built in 1384 by the Ashina family as Kurokawa Castle. In 1589, Date Masamune ruled Aizu by defeating Ashina, but the following year, Aizu confiscated by Toyotomi Hideyoshi. And Gamo Ujisato, who was Oda Nobunaga’s son-in-law ruled that land. Gamo Ujisato significantly renovated Kurokawa Castle, renamed it as “Tsuruga Castle”, and named the place “Wakamatsu”. After that, the owner of the castle often changed from Kagekatsu Uesugi, Kato family, and so on. However, in 1643, Hoshina Masayuki, a younger half-brother of the third shogun of Edo shogunate, Tokunaga Iemitsu, ruled the land. At the time of Masataka, the third federal lord, the Aizu clan of Hoshina family was allowed to use the surname of Matsudaira and the crest design of Mitsuba-Aoi (three leaves of hollyhock in a circle). 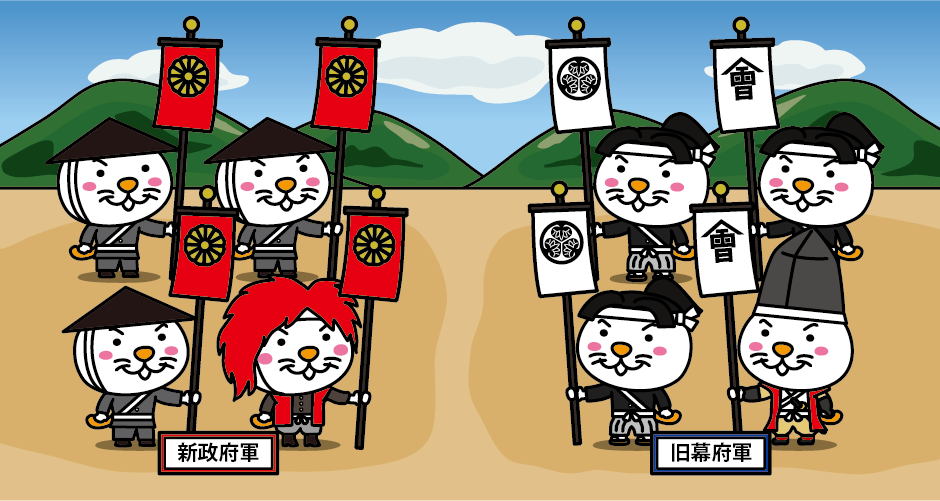 In 1868, at the time of the 9th federal lord, Takamori, the Boshin War broke out. The Aizu clan fought against the Satsuma clan, the Choshu clan, and other new government armies as the former Edo shogunate army. However, the Aizu clan surrendered after a fierce battle. 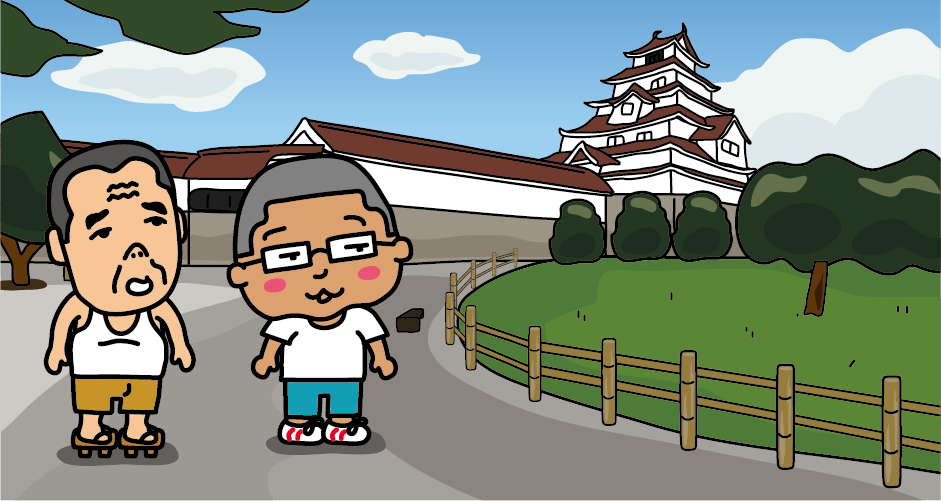 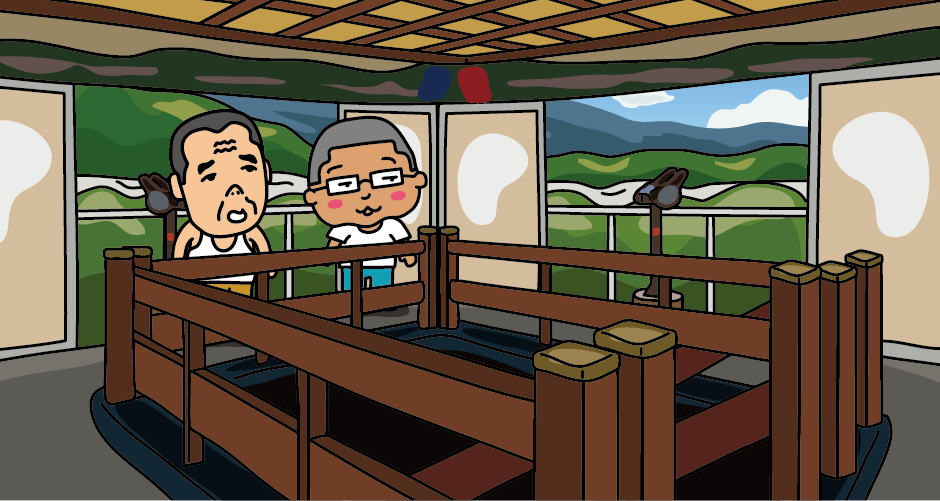 The inside of the castle tower is open to the public as the “Wakamatsu Castle Museum”. 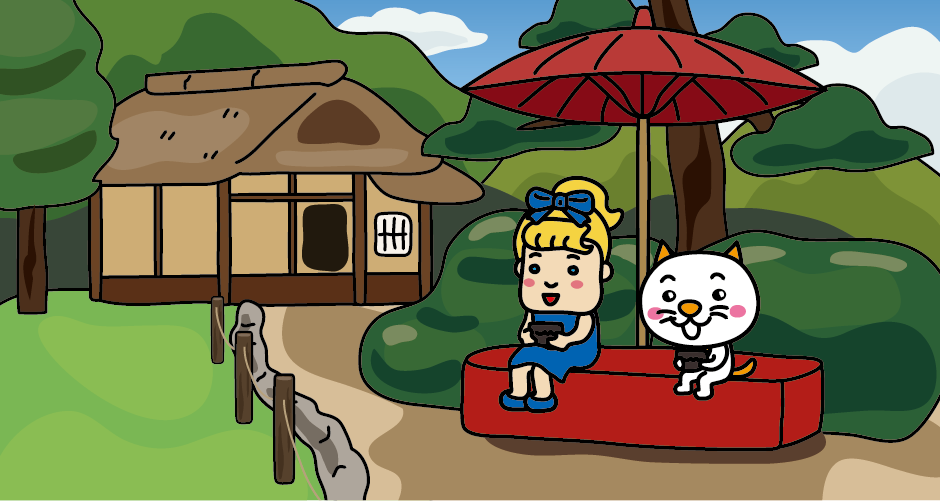 There is a tea room called “Rinkaku” in the corner of Honmaru in Tsuruga Castle. When Sen no Rikyu offended Toyotomi Hideyoshi and ordered to commit hara-kiri, Gamo Ujisato harbored a child of Sen no Rikyu, Shoan, in Aizu. It said that Shoan built “Rinkaku.” After the Boshin War, when Tsuruga Castle demolished, Rinkaku was temporarily relocated outside of the castle area. But in 1990, it was relocated to its original location.. 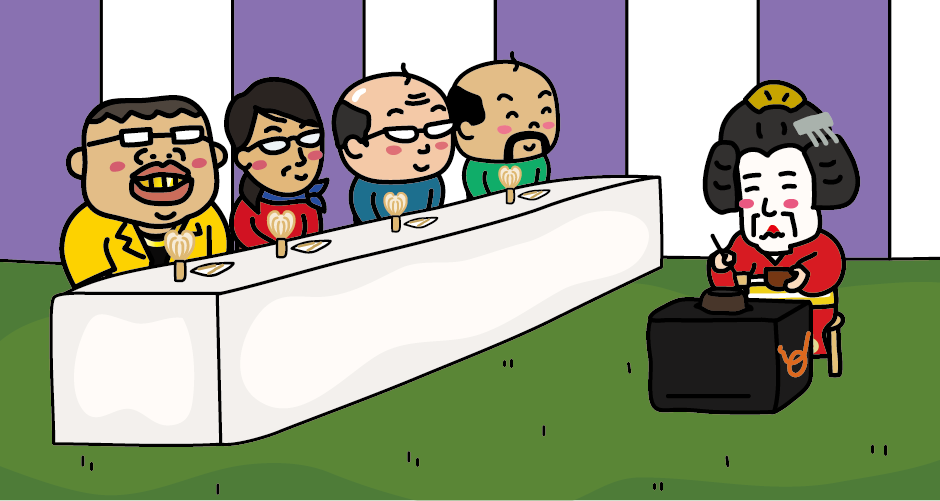 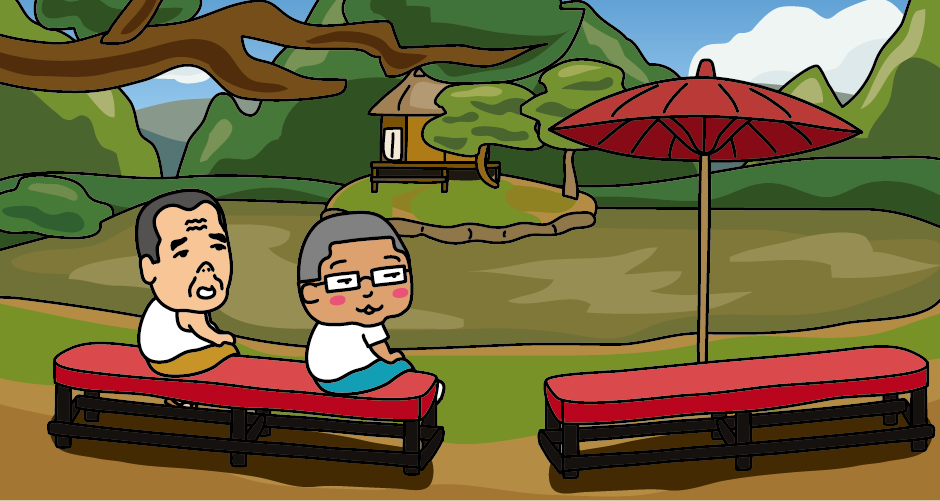 Hoshina family cultivated medical herbs in a part of the garden, and it is the origin of the name “Oyaku-en (medical herb garden).”  The garden is a typical daimyo type Japanese garden and has designated as a national scenic spot. At the time of the Boshin War, “Oyaku-en” was used as a care facility for the New Government Army. So, it was saved from the war and keep the same style of that day. You can visit the garden by about 15 minutes’ walk from Tsuruga Castle. 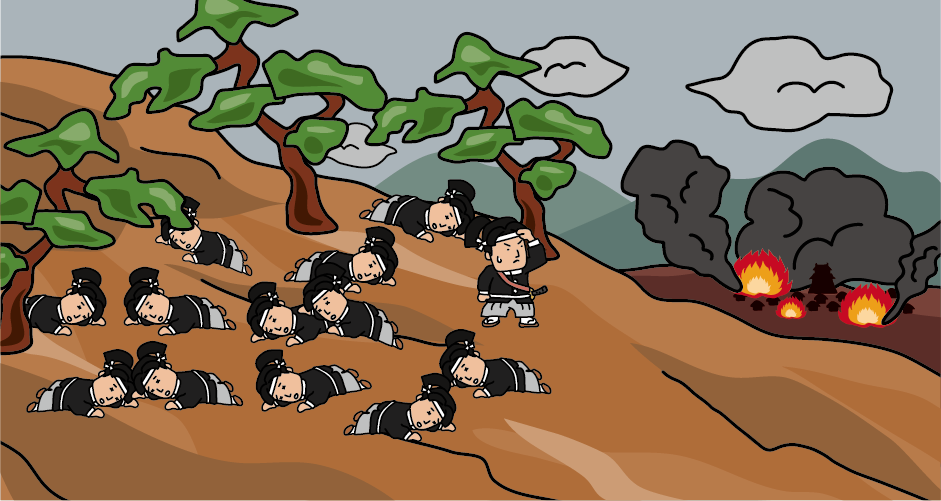 During the Boshin War, the Byakkotai, composed of 16 to 17-year-old samurai warriors of the Aizu clan, saw the burning samurai residence around Tsuruga Castle from Iimori Hill. Twenty young samurais believed that Tsuruga Castle had fallen, and they committed suicide in desperation. It is about 10 minutes’ drive from Tsuruga Castle to Iimori Hill. 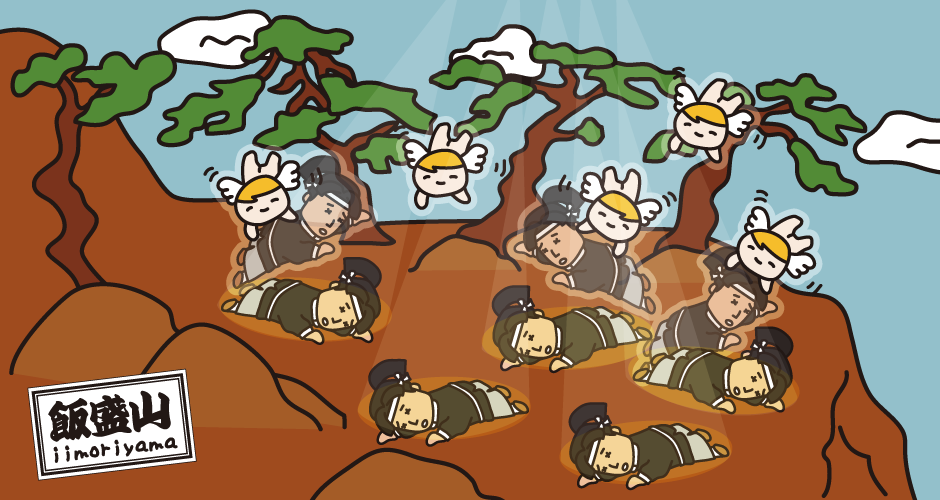 In order to know about Byakko-tai (White Tiger Unit, a military unit in Aizu Domain), I breathlessly climbed 170 stone steps of Mt. Iimori in Fukushima Prefecture!