HOME > Travel Magazine > Tottori prefecture > Hakuto Coast in Tottori Prefecture, where appeared in the story of Japanese mythology “Hare of Inaba” is the birthplace of the first love story of Japan!

Hakuto Coast in Tottori Prefecture, where appeared in the story of Japanese mythology “Hare of Inaba” is the birthplace of the first love story of Japan!

Hakuto Coast in Tottori Prefecture, where has beautiful white sands, is the shore where the Japanese myth “Hare of Inaba” was set. Hakuto Coast is part of the Tottori Sand Dunes, also selected as one of the “100 best beach of Japan”. In the offshore of Hakuto Coast, there is Oki Island where white hare has inhabited. The shore reefs continue from Oki Island to Hakuto Coast is compared to group of sharks that the hare have stepped and crossed to the coast in the mythology. 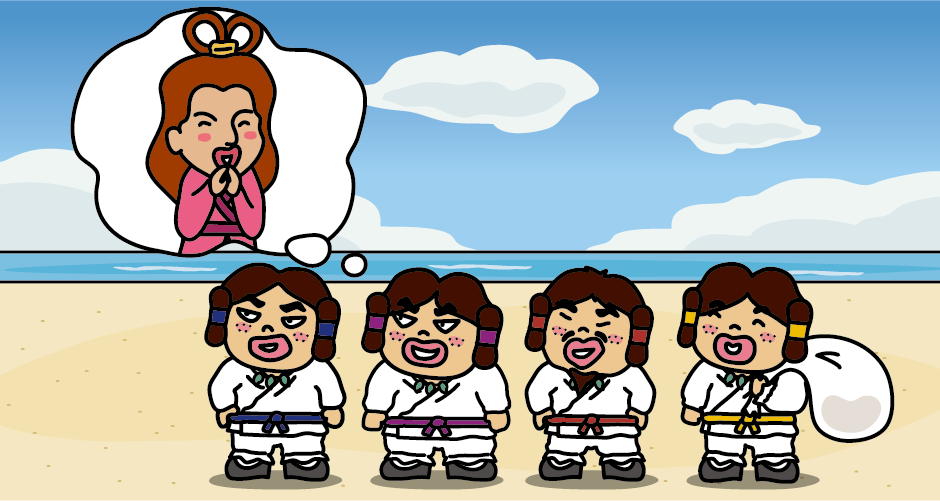 In the mythology “Hare of Inaba” is as follows, Okuninushi and his eighty brothers visited Princess Yakami in Inaba (Current Tottori Prefecture) from Izumo (Current Shimane Prefecture) in order to propose her. 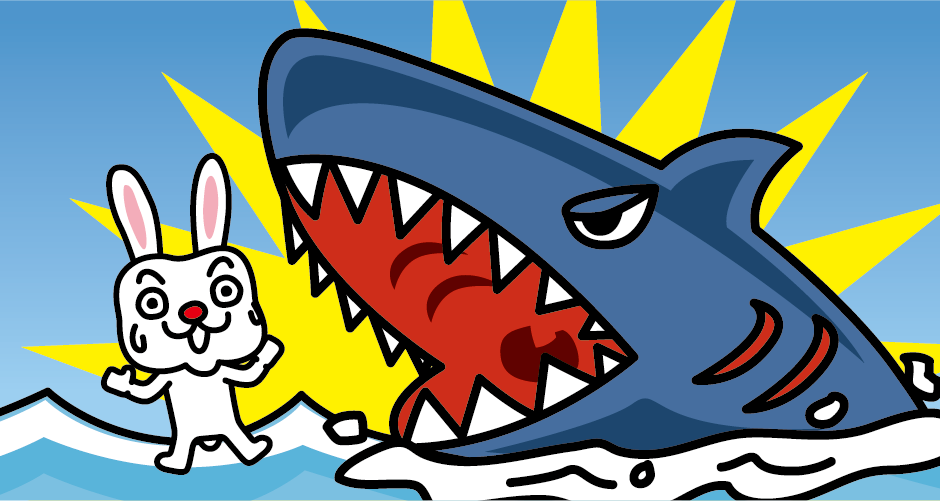 At the same time, the white hare shed on Oki Island by the flood wanted to go back to Inaba. White hare tried to arrange the sharks from Oki Island in a line and cross the sea. However, last shark found out that the hare tricked them and the white hare was peeled its fur off by sharks. 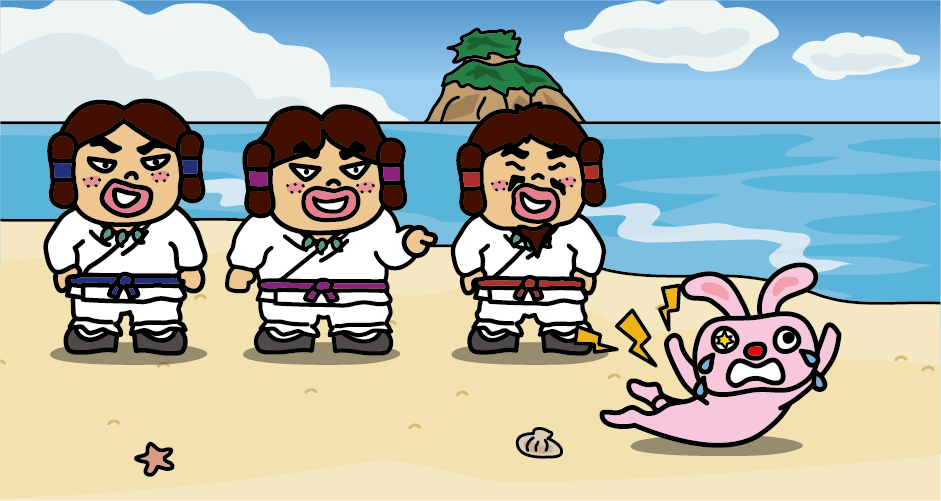 Then eighty brothers of Okuninushi appeared there and told the hare that the wound will be cured if the hare wash it with seawater, get drenched in sunlight and expose to wind. The white hare did so accordingly, but the wound get hurt more and the its skin swelled red. 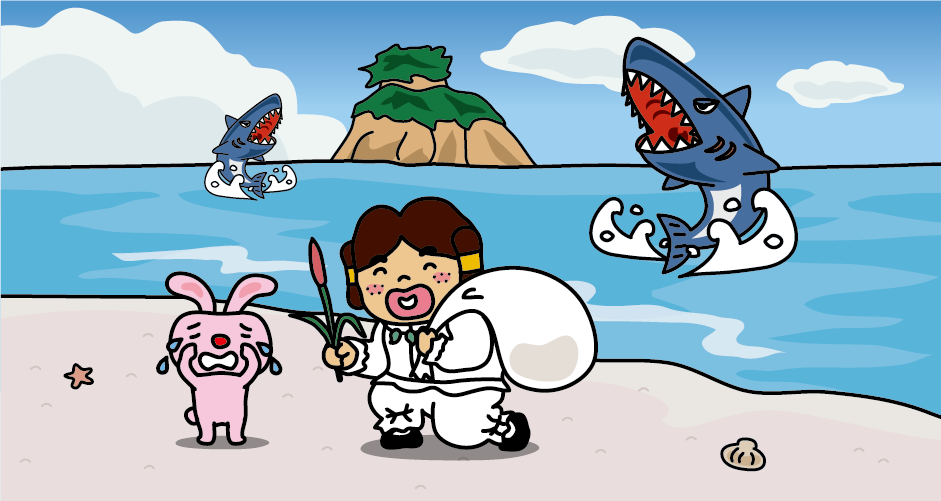 Then Okuninushi appeared and asked the reason why the white hare was crying, and told the white hare that if it washed wound with water and rest on the head of cattails, then it will be cured. When the white hare did so according to the teaching, it returned to original white hare. 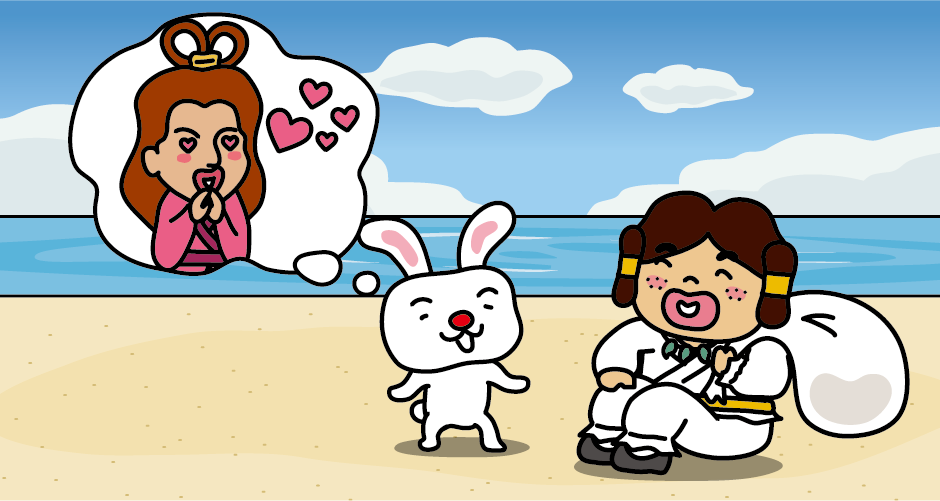 After that Okuninushi received a prediction to get married with Princess Yakami from the white hare. 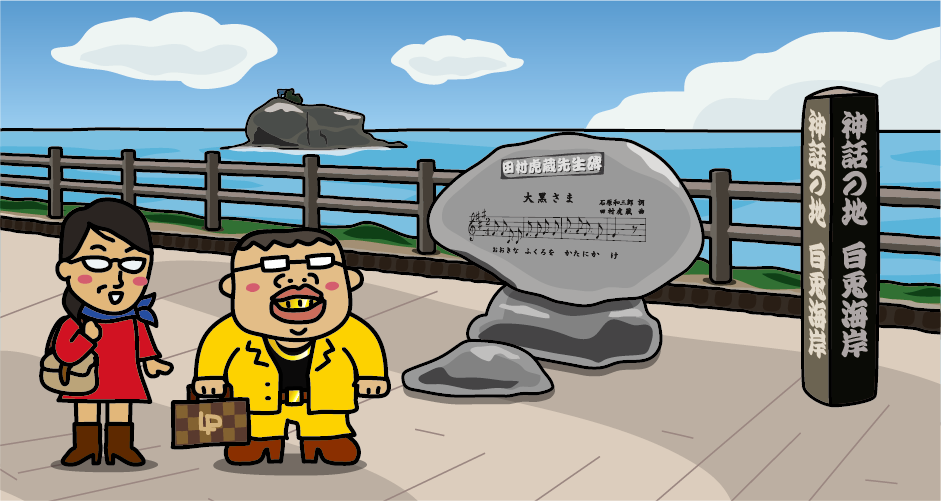 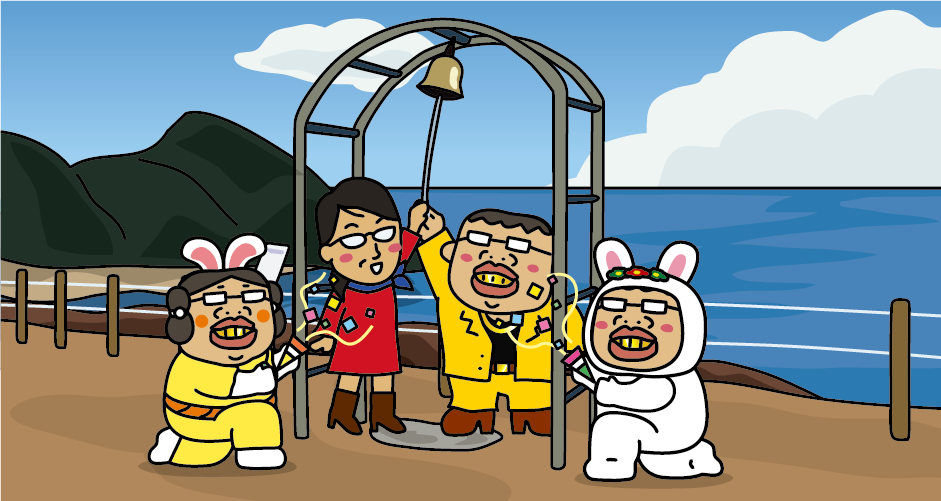 Hakuto Coast is known as “Sanctuary of lovers” from the legend that the white hare mediated between Okuninushi and Princess Yakami. “A bell of love” is set up in Cape Keta Observation Square (nickname is “The hill of Hakuto”). When the weather is fine, you can see Tottori sand dunes in the east and Mount Daisen in the west. 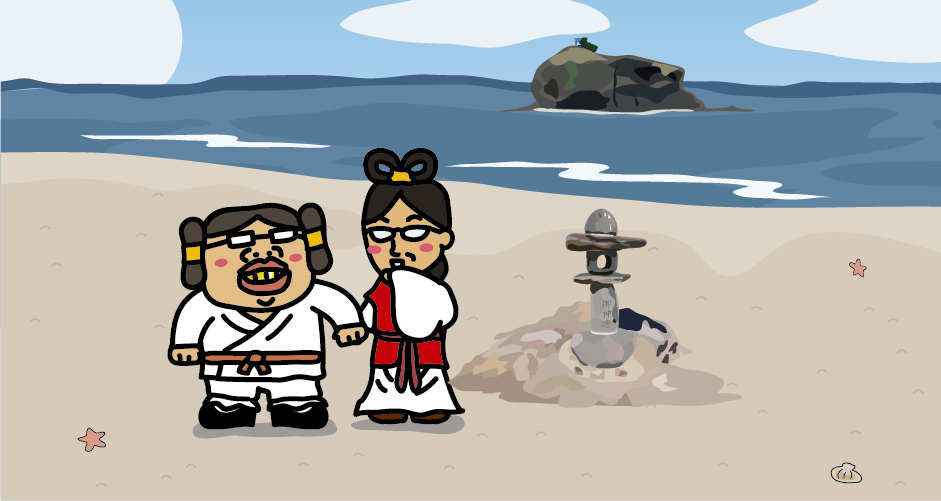 A rock called Koishima is buried in the sand on the sandy beach where Oki Island can be seen nearby. Koishima is said to be the place where Okuninushi proposed to Princess Yakami. In 1859, a stone lantern was built in Koishima by local young people. 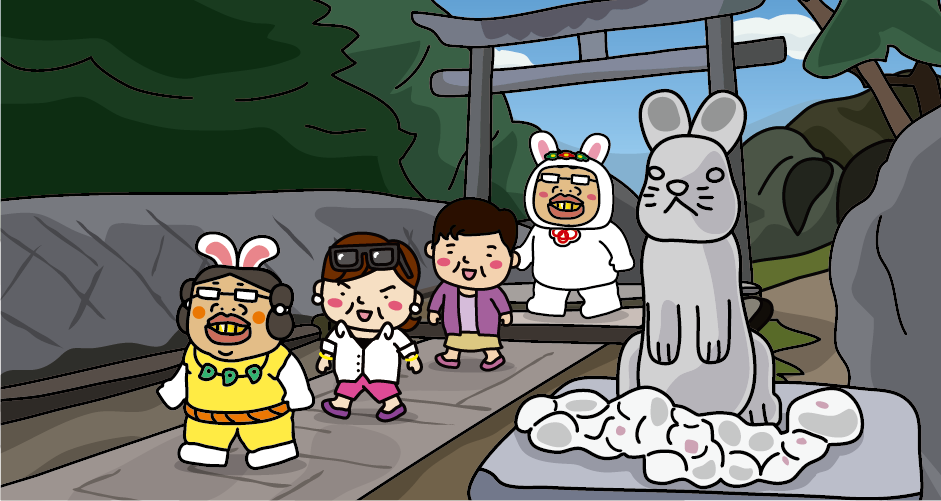 On Hakuto Coast, Hakuto Shrine, a shrine dedicated to the white hare is enshrined. The surrounding primeval forests are designated as a national monument.