In order to know about Byakko-tai (White Tiger Unit, a military unit in Aizu Domain), I breathlessly climbed 170 stone steps of Mt. Iimori in Fukushima Prefecture!

Mt. Iimori is a small mountain located about 2km east of the central city of Aizuwakamatsu in Fukushima Prefecture. Since its shape is like a bowl of rice, it has come to be called Mt. Iimori. It is also very famous as the suicide site of “Byakko tai”. 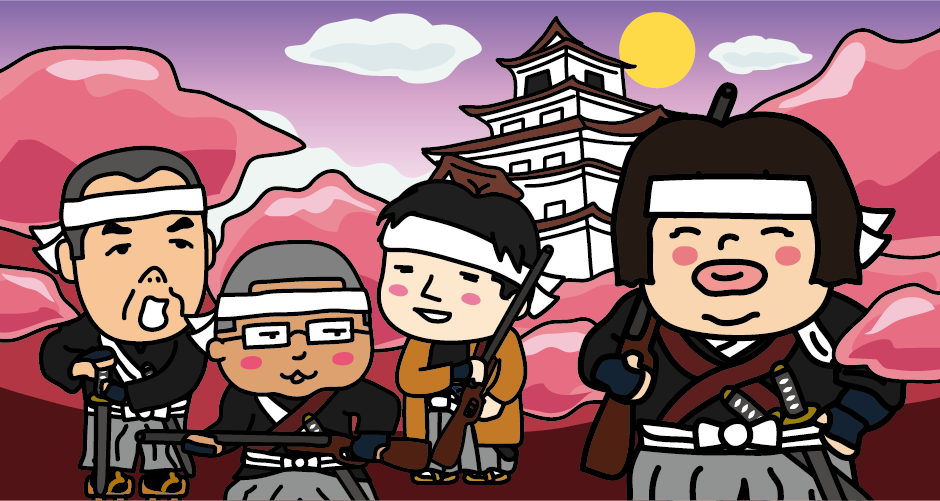 In 1868, after Tokugawa shogunate returned its political power to the Imperial Court, Boshin War between imperial and shogunate forces was broke out. Byakko tai is a shogunate army unit consisted of boys aged 16 to 17 years of Aizu Domain during Boshin War. Byakko tai fought against imperial army but they fled to Mt. Iimori. They saw samurai residences around Tsuruga Castle from Mt. Iimori and misunderstood that the castle was destroyed and 20 boys committed suicide at Mt. Iimori (However, one of them miraculously saved his life and the story of Byakko tai became widely known to future generations). 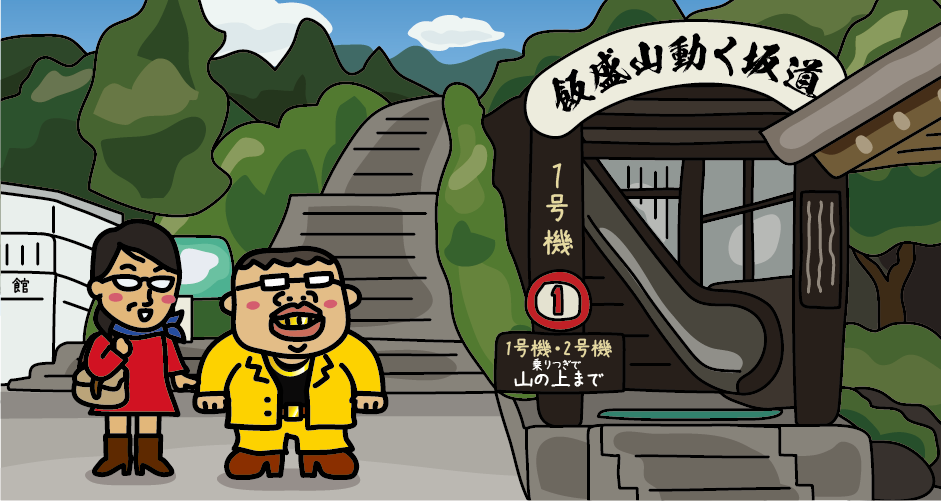 When climbing 170 stone steps of Mt. Iimori, there are tombs of 19 members of Byakko tai who committed suicide. (There are a toll automatic escalator beside the stone steps) 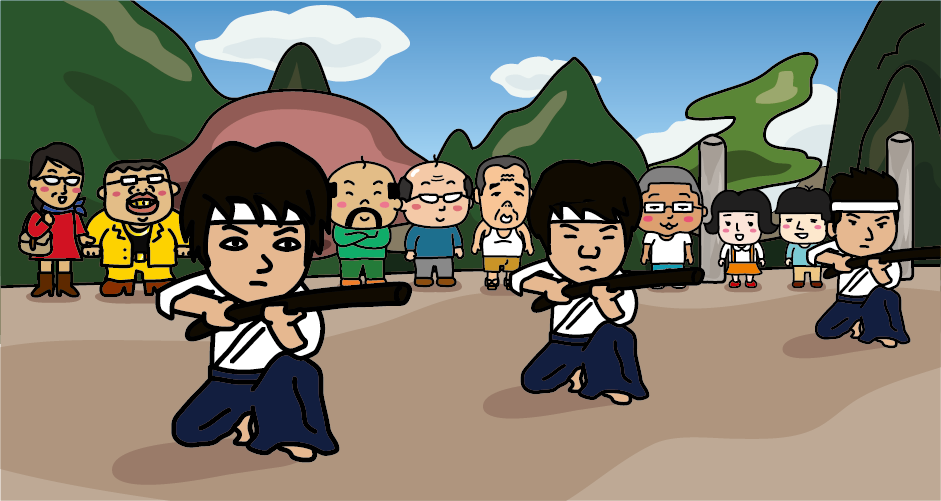 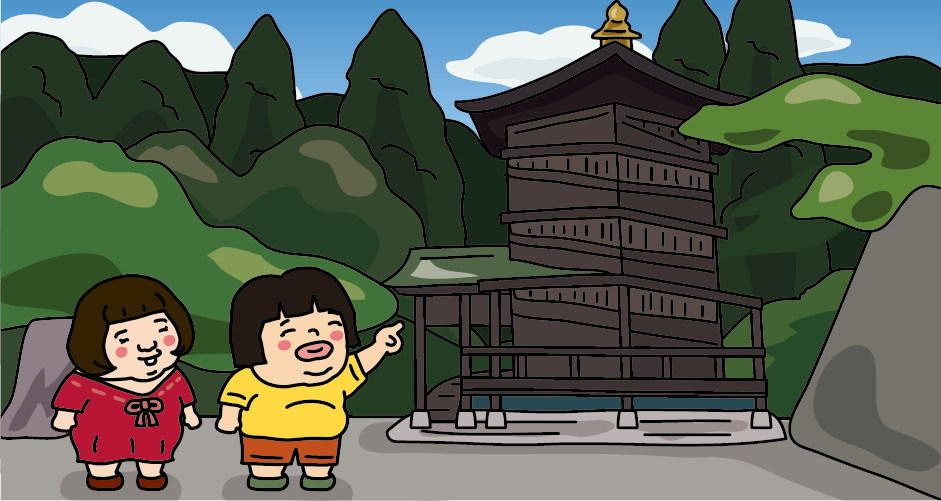 “Sazaedo” built on Mt. Iimori, is a three-tiered Buddhist temple built around the end of 18th century by Iimori family, who are guarding Byakko tai’s tombs. Its height is 16.5m and there are no stairs in the building. It is a unique building with a double spiral slope. It is composed by a clockwise upslope and a counterclockwise downslope so it makes sure that people who go up and down do not pass each other. Since its spiral structure and appearance are similar to Sazae (turban shell in Japanese) , it is called “Sazaedo”. It is designated as an important cultural asset of Japan. 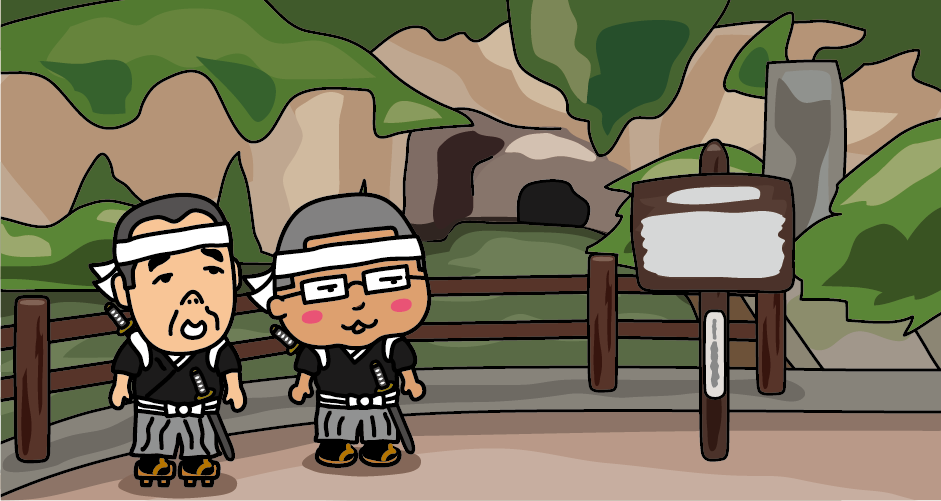 This irrigation tunnel is called “Tonoguchiseki cave”  which was dug to draw water from Lake Inawashiro to Aizu region. Defeated Byakko tai dived into water tunnel of 150m and escaped toward Tsuruga castle. People in Aizu stop the water of the tunnel when they become the age of primary school student and experience tunnel passing. 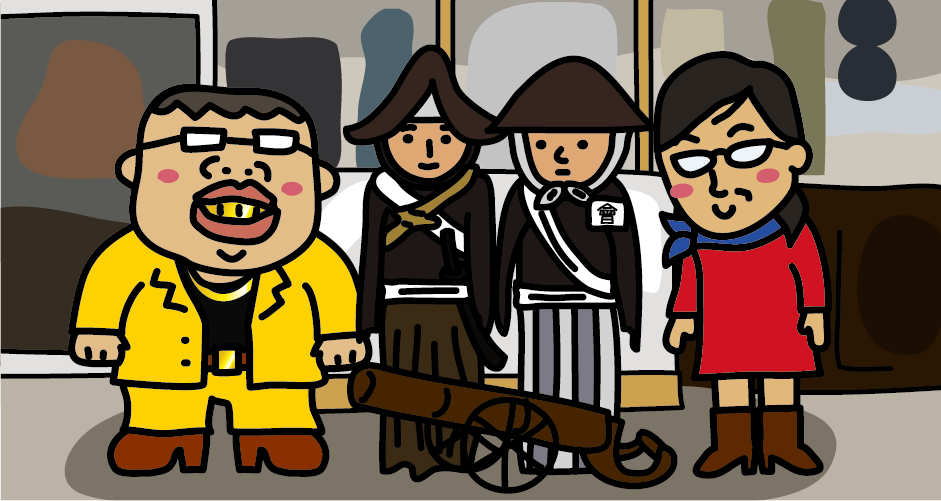 There is a memorial hall and a museum related to Byakko tai at the entrance path of Mt. Iimori. 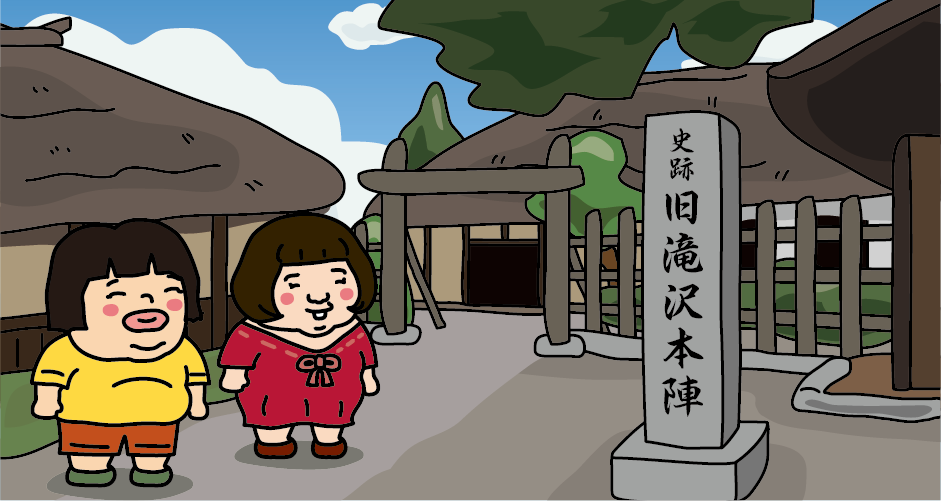 At the base of Mt. Iimori, “Takizawa Honjin” where Katamori Matsudaira, the leader of Aizu Domain gave the order of attack to Byakko tai during Boshin War remains. Even now there are still bullet marks from the time of Boshin War remains and it shows how severe the battle was. It is designated as an important cultural asset of Japan. 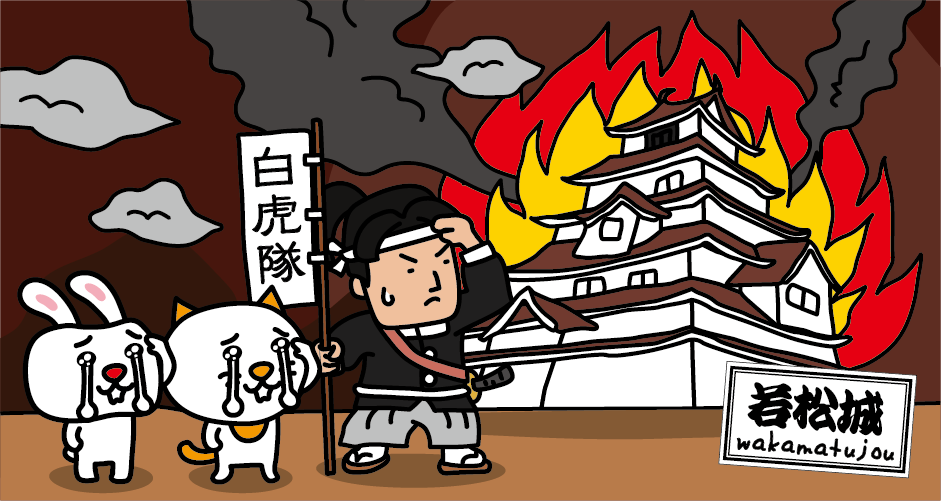 “Oh! The castle is on fire!” Why did the Byakkotai, White Tiger Unit, misunderstand that Tsuruga Castle was burning?