HOME > Travel Magazine > Aomori Prefecture > In truth, Jesus Christ lived in Aomori! I discovered a small village in Aomori with “Tomb of Jesus” and “Pyramid”! Whether you trust it or not, it’s up to you!

There is “Tomb of Jesus” in Shingo village in Aomori Prefecture. Kiyomaro Takeuchi who was the founder of religion visited Herai village (current Shingo village) in 1935 and found “Tomb of Jesus”. According to “Takeuchi document” that is said to be transmitted from generation to generation in Takeuchi family, Jesus came to Japan when he was 21, trained himself for 12 years in Japan, came back to Judea at the age of 33, conveyed the teaching of God and soon he was caught and crucified. However, his younger brother Isukiri sacrificed himself for Jesus and died. And Jesus who escaped from the crucifixion crossed Siberia, boarded a ship from Alaska, landed in Hachinohe in Aomori Prefecture and lived in Herai village until 106 years old. 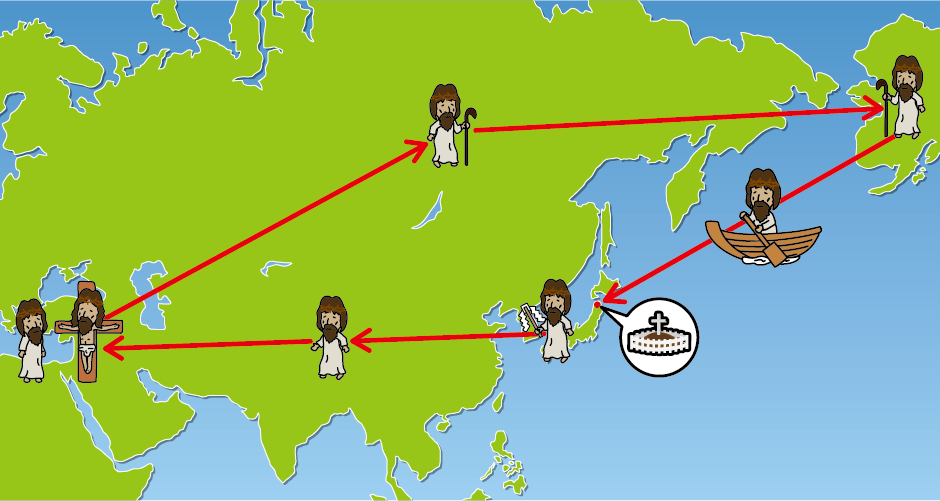 There are crosses on the two mounds on the hill, it is said that one is for “Tomb of Jesus” and the other one is worshipping the hair of Isukiri.

Incidentally, it is said that the former name of village “Herai” village before the merger of Shingo village originated from Hebrew. 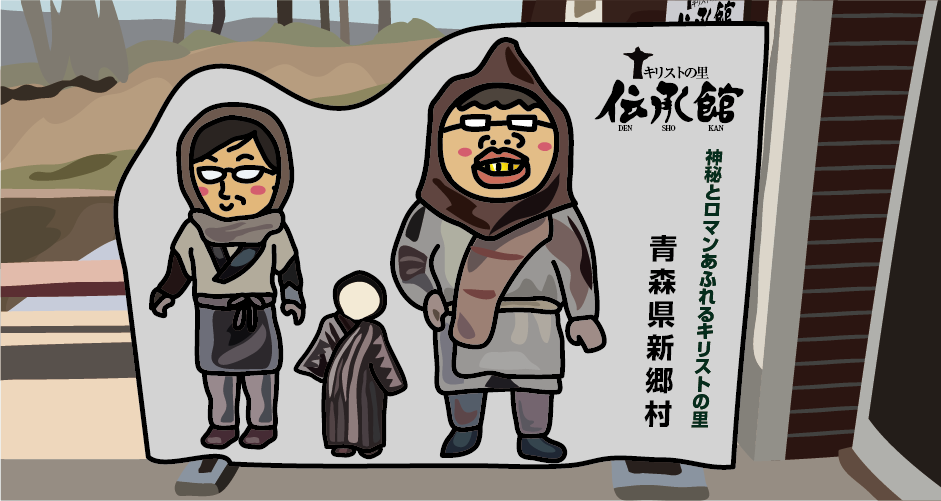 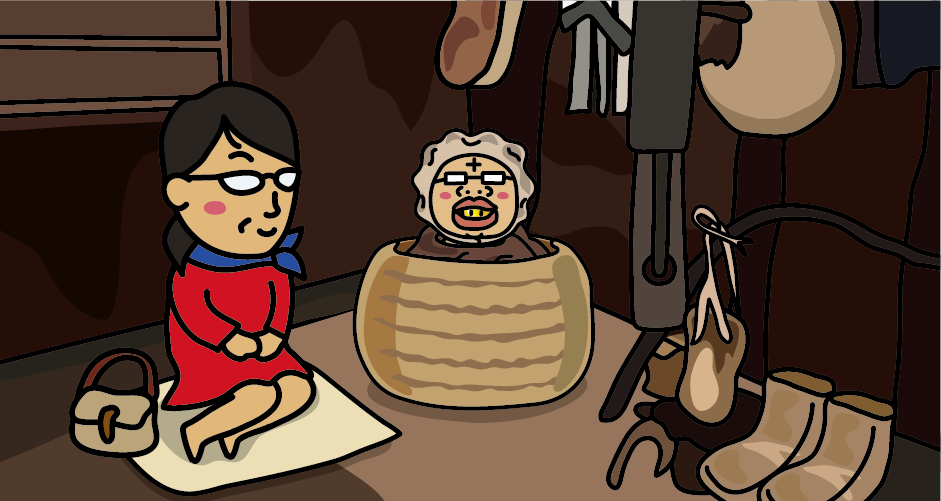 In the past, in order to protect children from evils, there was a custom to write a cross on the forehead of children with ink when they go out for first time. This is also exhibited in “village of Jesus tradition museum”. 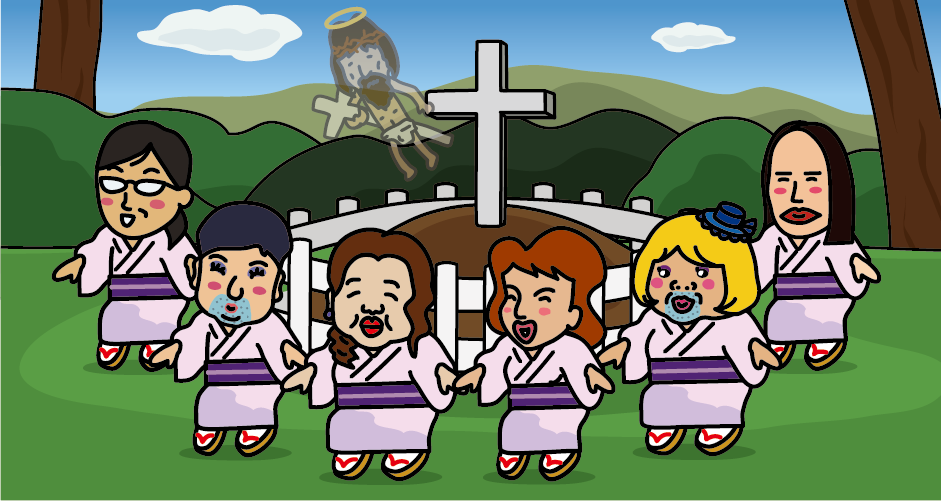 In “Jesus festival” held on the first Sunday of June every year, a traditional village dance called “Nanyadoyara” is dedicated. People dance while singing “Nanyadoyara Nanyadonasareno Nanyadoyara” that is meaningless lyrics. In some way, this is originated from Hebrew. 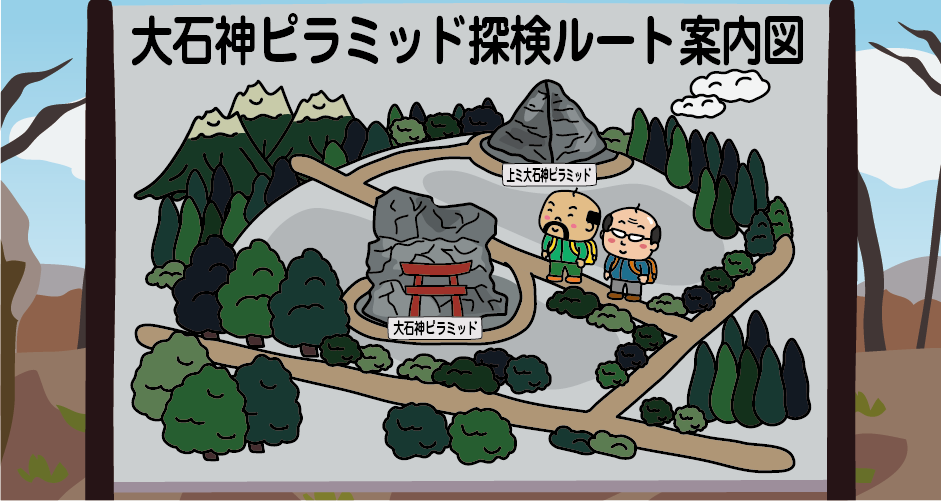 There is a mystery spot called “Ohishigami Pyramid” in the mountain which is about 10 minutes’ drive from “Tomb of Jesus”. The day after Kiyomaro Takeuchi found “Tomb of Jesus”, Banzan Toya, a Japanese painter who believed Kiyomaro Takeuchi found the pyramid. According to “Takeuchi document”, it is ten thousand years’ older pyramid than Egyptian pyramid and it was used worship the sun from ancient times. 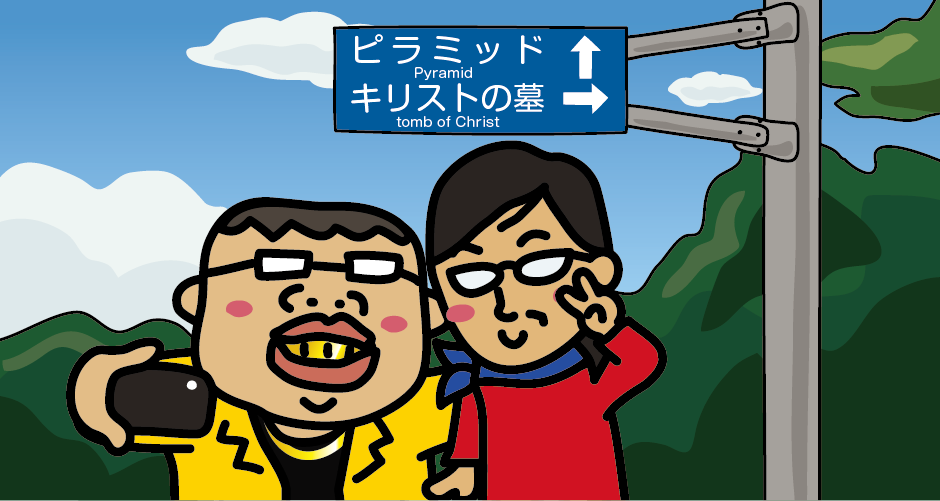 Usually “Tomb of Christ” and “pyramid” are treated like a mystery spot, however, official road signs are installed for them.