HOME > Travel Magazine > Niigata Prefecture > People on Murakami City, Niigata love salmon very much. They eat everything from head to tail of salmon, so cats in Murakami City surely feel bitter because they cannot have a tiny share of it. I just cannot help feeling sorry to them.

People on Murakami City, Niigata love salmon very much. They eat everything from head to tail of salmon, so cats in Murakami City surely feel bitter because they cannot have a tiny share of it. I just cannot help feeling sorry to them.

In Murakami district of Niigata Prefecture, salmon is called as “Iyoboya” for a long time. In Murakami, both “Iyo” and “Boya” are words expressing fish, so Iyoboya means “fish of fish”.

Miomote River flowing to Murakami was known as a salmon river since the Heian era, and its salmon was dedicated to the Imperial Court as a tax. In the Edo era, salmon became an important source of income to support the finance of the domain of Murakami. 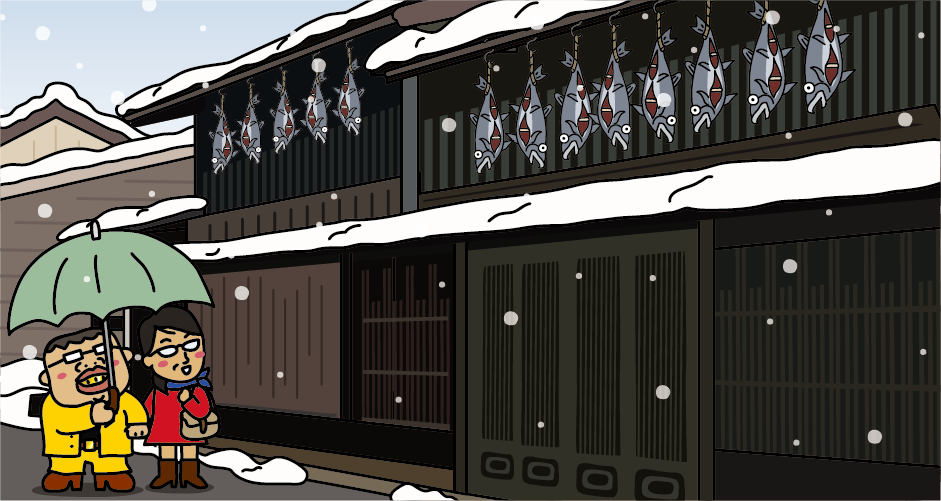 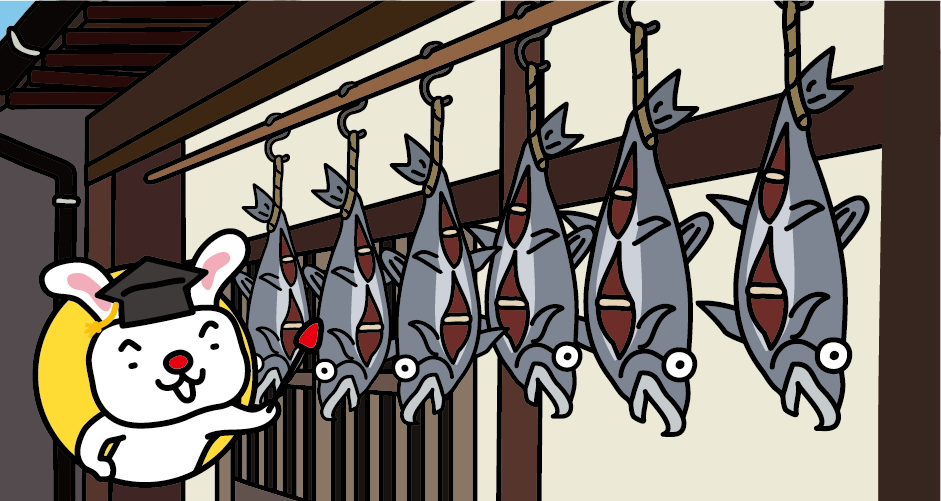 Shiobiki Sake is a processed food of salmon which removed salmon’s internal organs, rubbed salt, aged by exposing it to cold wind blown from the Sea of Japan. Its processing method is also unique; when they cut salmon, they do not cut all the belly and leave some parts, and they hang the salmon head downward. The reason for hanging the salmon head down is for not imagining the “hanging”. And reason for keeping the part of stomach attached is try not to imagine “hara-kiri”. This is a traditional custom of the castle town, Murakami. 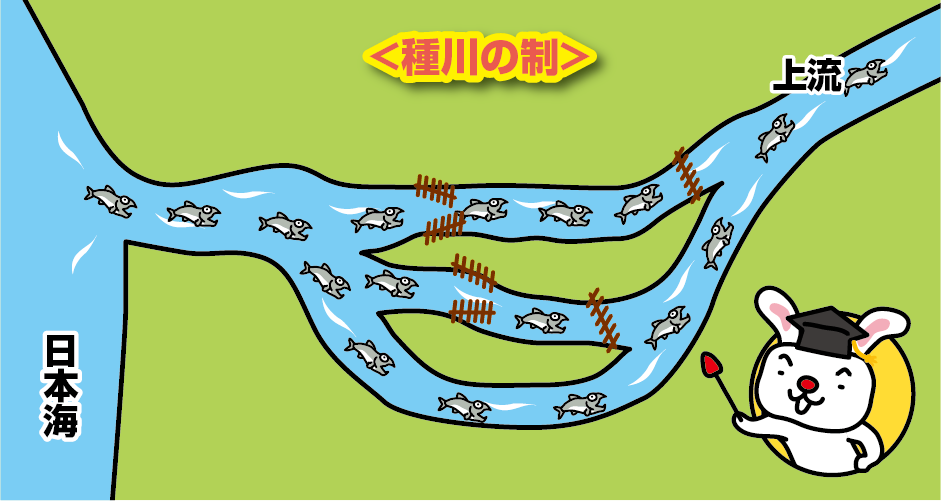 Thanks to the Tane River, Murakami salmon became famous nationwide.

In the latter half of the Edo era, because of overfishing, salmon in Miomote River became poor year by year. The samurai of the domain of Murakami,Bu heiji Aoto, who was studying the ecology of salmon, discovered salmon’s “mother-river homing” and succeeded in artificial breeding of salmon for the first time in the world. His method was to create “Tane River” which is a branch flow of Miomote River, set fences to enclose salmon, prevent salmon from running upwards and make salmon lay eggs at “Tane River”. As a result, the catches of salmon increased dramatically, and the domain of Murakami had profited pretty much. 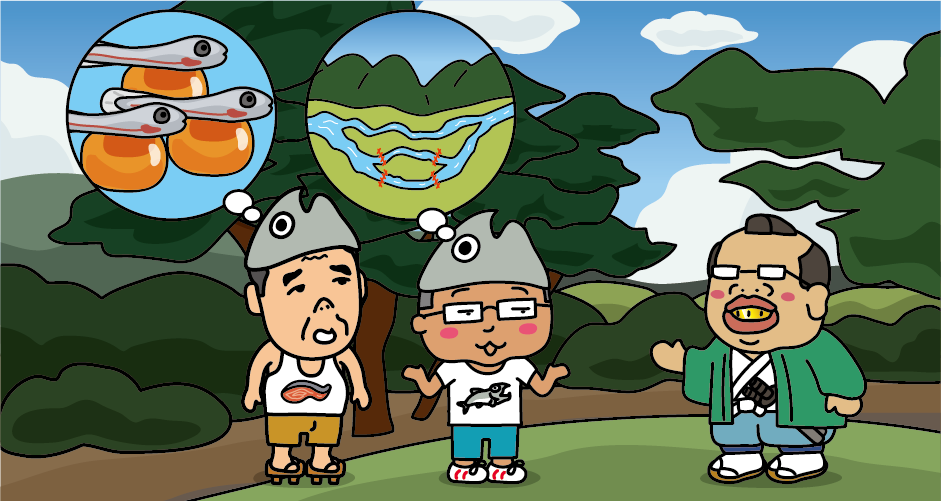 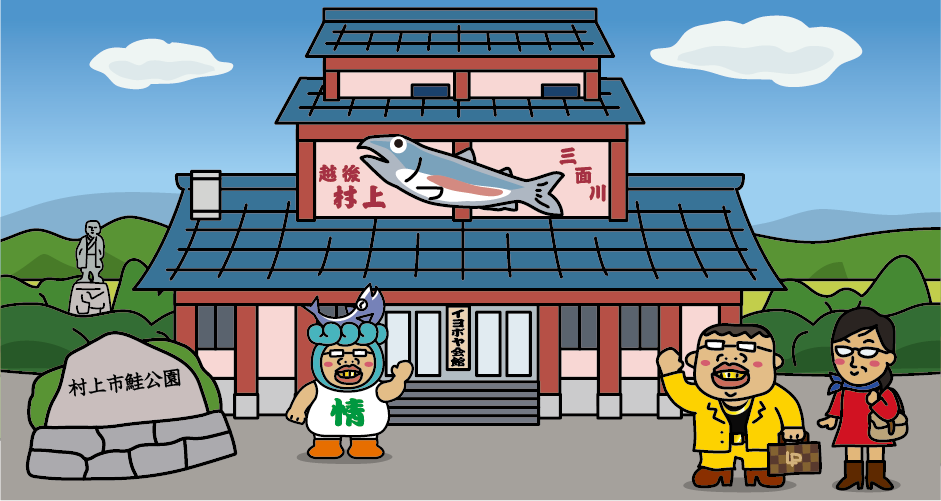 “Iyoboya Hall” is the first salmon museum in Japan located along the Miomote River. At there, you can study the history, culture, etc. of salmon in Miomote River. 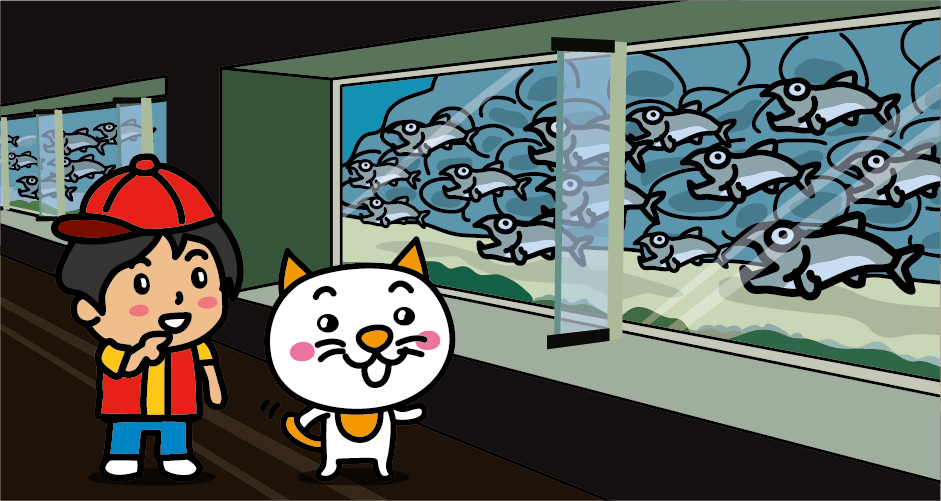 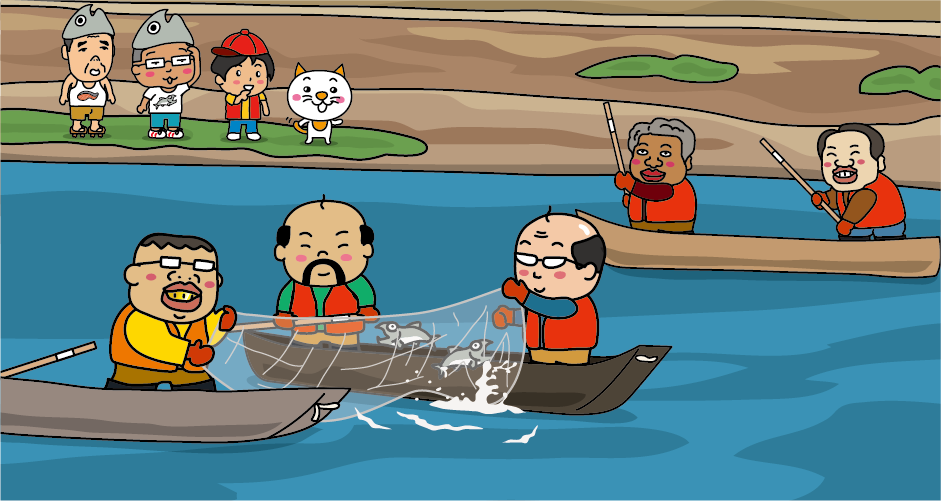