HOME > Travel Magazine > Kagoshima prefecture > Do nothing special, but I just want to relax and enjoy myself! Yoronjima in Kagoshima Prefecture is a small island of coral reef recommended for those who want to enjoy relaxing mood!

Yoronjima is a small island made by coral reef which is about 23km in circumference. It located about 563 km south of Kagoshima and about 23 km north of Okinawa main island. This island is very popular for honeymoon from long time ago because there are colorful tropical flowers such as hibiscus and bougainvillea and the emerald green color sea is very clear and beautiful, with many colorful tropical fish swimming. Recently, as it has become the filming site for the movie “Glasses”, some people just visit Yoronjima to be relaxed. Additionally, the white sandy beach “Yurigahama” which appears only at the time of low water from spring to fall is selected “The breathtaking sights in the world I want to see before I die”, the number of travelers to Yoronjima has increased more. 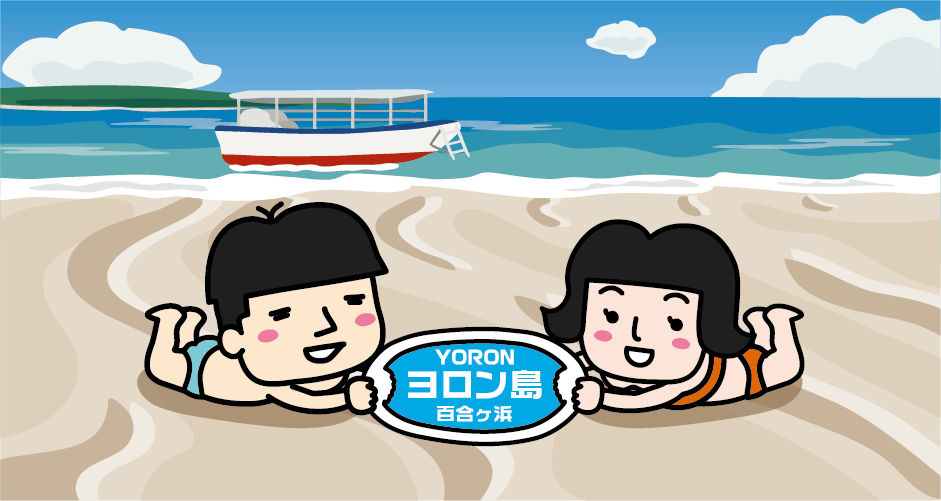 Yurigahama is a visionary white sand beach that appears approximately 1.5 km offshore from “Okaneku Beach” on the east side of Yoronjima at the time of low water from spring to fall. There is a legend on Yurigahama that you can be happy if you pick up star sand for the number of your age. Yurigahama appears at different time and location and also its size is different depending on the day, but the size of the spring tide is the largest. And when the tide flows, it will hide in the sea again. You can go there by glass-bottom boat or jet-ski from Okaneku Beach. 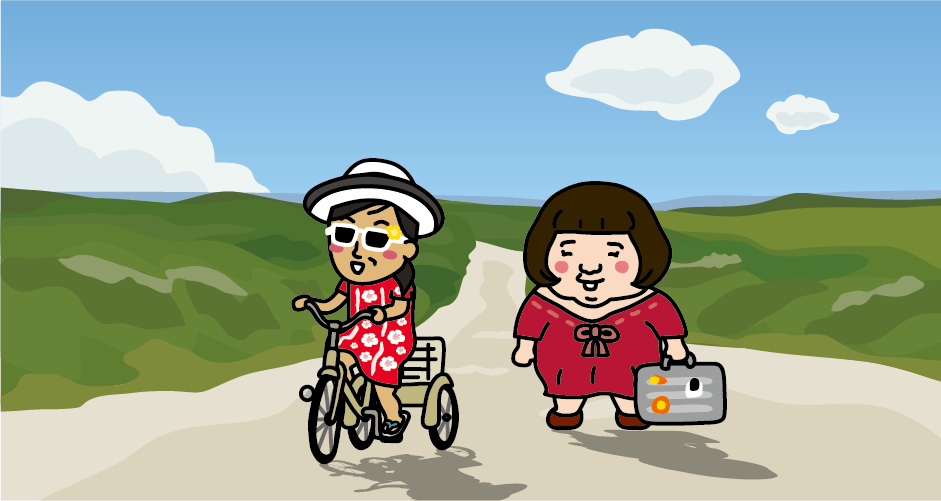 Yoronjima has become the filming site of the movie “Glasses” presented in 2007. The white long path made of coral was called “Coral way”, and in the movie, a scene that the leading character Taeko rides behind Sakura’s bicycle and returns to Hamadaya has filmed at there.

This movie was presented to the public in 2007, but still many movie fans visit filming site. It seems that there are many travelers who “make themselves comfortable” like the leading character of this movie. 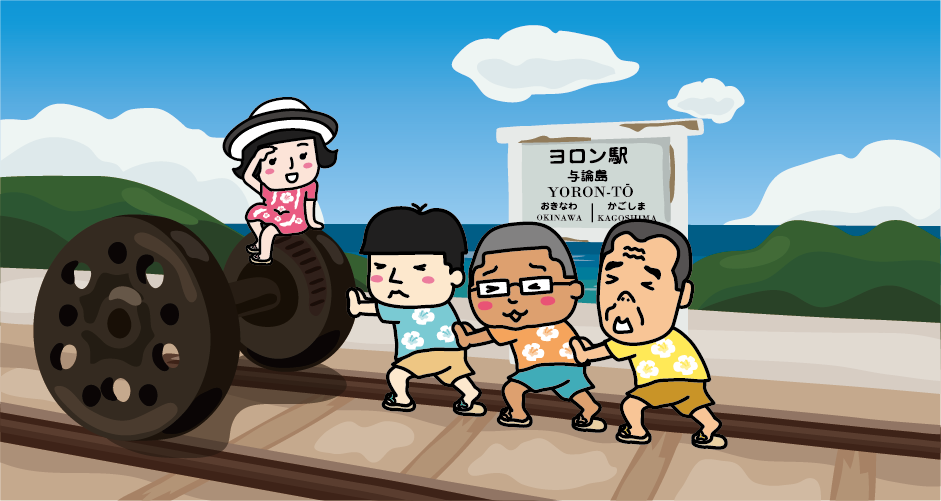 In Yoronjima, there is a parody station named “Yoron station”. There are about 5km of rail in the station yard and wheels are on the rails. There is also a station sign and gates. The south of the station sign is “Okinawa” and the north is “Kagoshima”. From the station building, you can overlook superb view of the emerald green color sea and beautiful white sand beach (paradise beach). 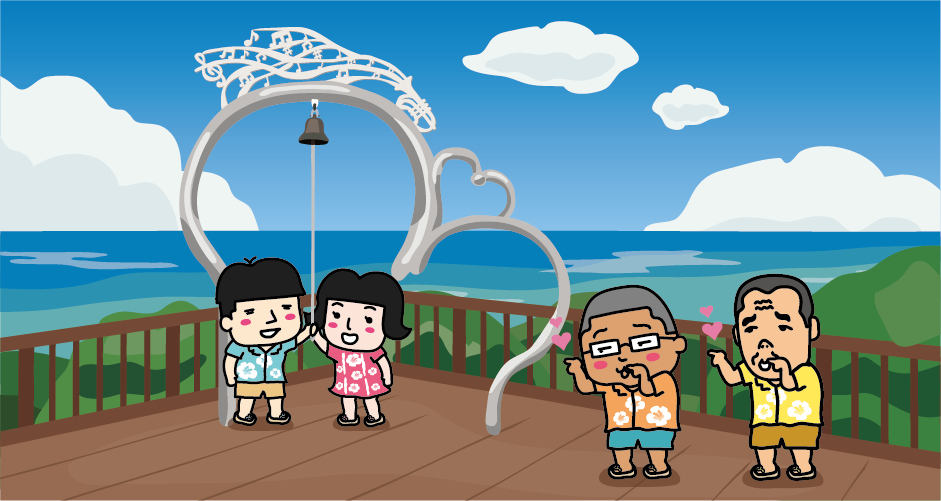 “Love bell” is set in the place where you can overlook the paradise beach of Yoronjima. It is said that “If you ring the bell twice and sound the bell echoes over the sea while watching the scenery, your wish comes true”. There is also a bench and you can enjoy the sunset to the fullest. 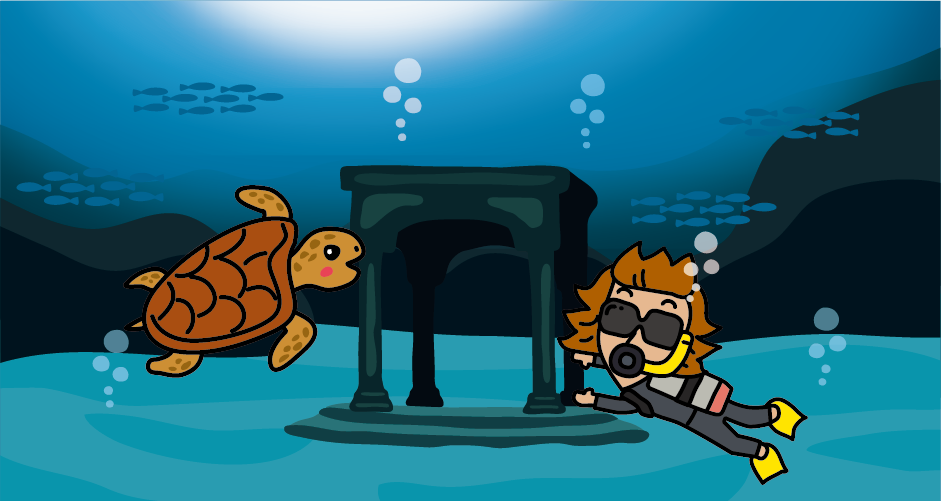 Yoronjima is famous for its high transparency of the sea because this is an island with no river. There are many diving spots can be enjoyed from beginners to advanced divers such as “Honuhonu” where you can see sea turtles for almost 100%, “Wreck Amami” that 57m long patrol boat of the Japan Coast Guard is sunk in the white sand and “Underwater palace” used for underwater wedding for diver couples. 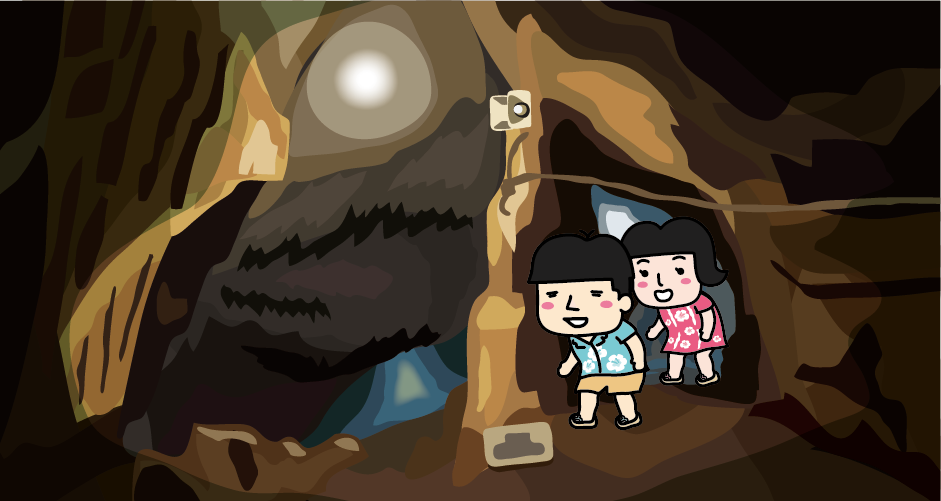 Yoronjima is an island with raised coral reefs. The earth is made of limestone and there is “Akasaki Limestone Caven” that made by erosion of groundwater for many years. The main cave is 120m and branch cave is 130m, and there are attractions such as “gate of happiness”, “snow terraced paddy field” and “room of swords”. 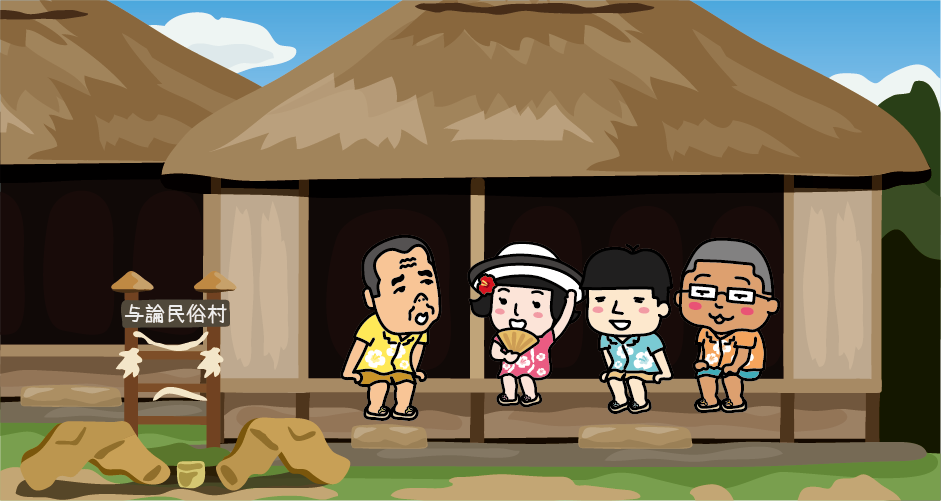 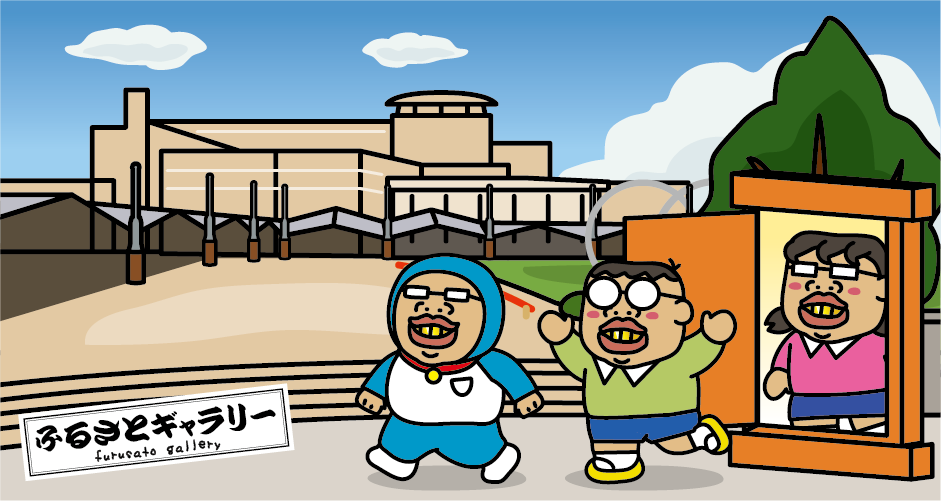 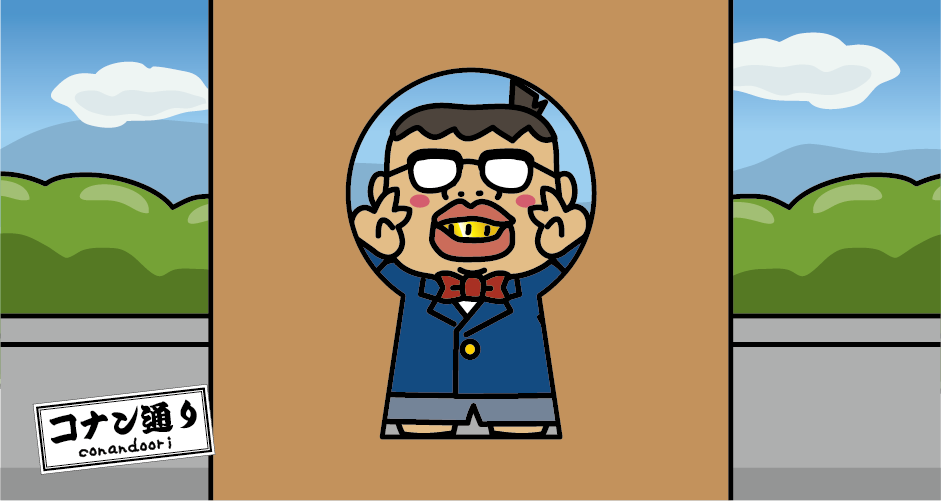 Hokuei Town in Tottori Prefecture is the holy ground of ‘Detective Conan!’ You can meet Conan along Conan Street!